Claudia Cardinale in “The Pink Panther “ 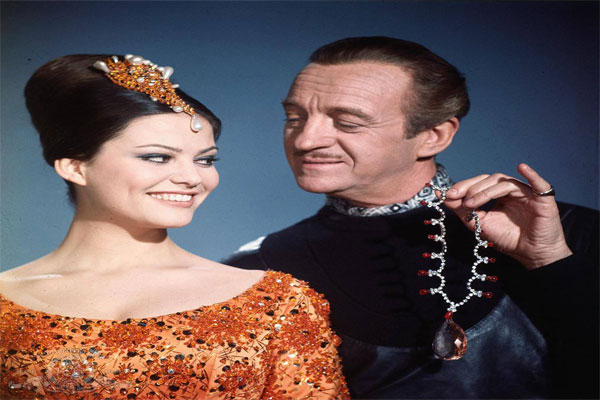 Princess Dala, owner of a gorgeous diamond and celebrities called "The Pink Panther", is spending her holidays in a beautiful mountain home. Here it is known as Sir Charles Lytton, a Don Juan aristocrat who begins to wooing her. He also has a relationship with Simone, the wife of a funny inspector and police extravagant, Jacques Clouseau in charge to disclose the true identity of an internationally recognized thief on the run for years. When it comes George, grandson of Sir Charles, the young man faces a real concern: worldwide thief wanted by the police is his uncle, who is creating the theft of the famous "Pink Panther". Theft fails, but the uncle and nephew end up in the police network, arrested for a banal car accident. At their trial, Clouseau is their witness.