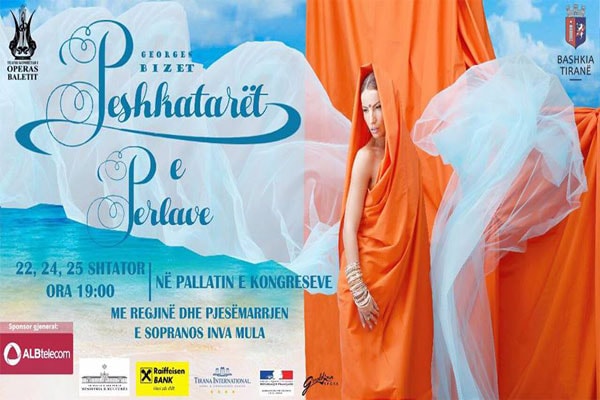 The opera "The Pearl Fishers " by the French composer Georges Bizet, with director and protagonist, the world-famous soprano Inva Mula, will be premiered in September 22, at the Palace of Congresses.

In this premiere, which will open the new artistic season of the National Theater of Opera and Ballet, will perform famous names of the Albanian opera scene, but also foreign artists.

"The Pearl Fishers" is an opera in three acts to a libretto by Eugène Cormon and Michel Carré. It was premiered on 30 September 1863 at the Théâtre Lyrique in Paris, and was given 18 performances in its initial run.

The opera tells the story of how two men's vow of eternal friendship is threatened by their love for the same woman, whose own dilemma is the conflict between secular love and her sacred oath as a priestess