She is from far cold Finland, but her voice is so warm and her words so heartfelt. Once you hear, you will fall in love with her voice, her face and words. Her name is Nina Astrom, a well-known singer and song writer, who represented Finland in Eurovision in 2000, with the song "A Little Bit". She has many albums, some of them she wrote and sang herself. Critics say that “Nina is like a good wine that in the course of years has matured to have an aroma with many nuances”. And that is true.

Nina performed this Saturday in Tirana, at Metropoli Theater, in a solo concert that filled the hearts of audience with love and admiration. Besides having a perfect voice, she is a great communicator. She talks and sings, tells pieces of her story, explains the texts of her songs and then sings again. It looks like she is communicating with you personally, and not with all the audience. Some of hers songs are about God. She is a Christian artist, a believer since 18 years old. She has been involved in several projects for evangelistic tours to prisons, mostly in the former countries of Soviet Union. She wrote songs about prisons too. With humor she says: “I have been in many prisons, of course I don’t have any criminal record. But I visited more than 300 prisons in many countries, to sing and to talk to this people about real freedom. In prison you lack freedom, but I have seen free people in the prison and imprisoned people outside it. The secret is Whom the God makes free, is free indeed”, she says.

This is her 3d visit in Albania. She knows only two words in Albanian: “mire and faleminderit”, but she managed to understand very well Albanian character. “Albanians and Finish people have something similar- they are very deep people, but Albanians show it up, communicate friendly, Finnish keep everything inside, because we don’t know how to show to the others what we feel”, she confesses smiling.

When asked about her impressions from Albania, Nina says: Oh, Albania is a very surprising country. You think that you have visited some places in the first time, and then you see others places more beautiful. I have seen Divjaka lagoon and was amazed by this place. You have mountains, seas, beautiful cities, so you discover new things and places as much as you stay.  That’s impressive. 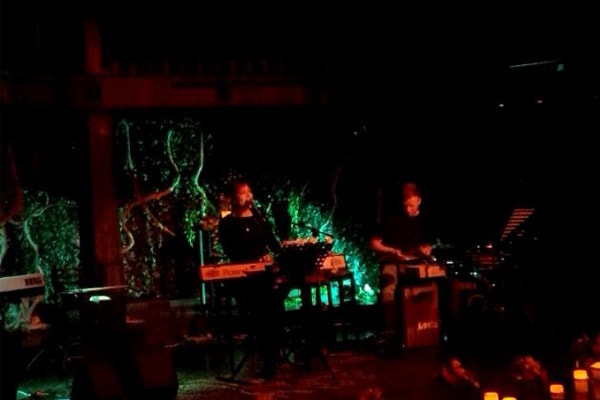 Nina is a mother of two, and lately she became grandmother, but she continues her tours all over the world. In her home town/province Kokkola, Nina Åström has acted as a Unicef goodwill ambassador.  In 2016 her life biography was published in Finnish. In all her musical tours, Nina is accompanied by the musician Jim Hakola who is also her manager and percussionist. During these tours, the people that Nina meets, the places and events – are intertwined in her thinking into song lyrics. Maybe she will write a song for our country too..