House of Leaves - a travel to horror of communism

The House of Leaves, the notorious office of Secret Surveillance during dictatorship regime, is finally open for public on 23 May 2017.  Prime Minister Rama inaugurated the newly added museum calling it a house containing a hidden treasure of our collective remembrance “ This museum is a treasure enabling us to unearth the other parts of this mosaic documenting events, characters, the state connections with people, periods which are still covered in the dust of oblivion” PM Edi Rama said in its opening speech.

This museum is situated in the Tirana city’s center in front of the Resurrection Cathedral, as already triggered curiosity among Albanians and travellers.  The façade intrigues you about the mystery you will find inside. The house is left as it once was , unpainted, with red bricks and all covered from trees and leaves. The name House of leaves is a symbolic, comprising the unknown and unfolds part of Albanian society during Enver Hoxha regime. 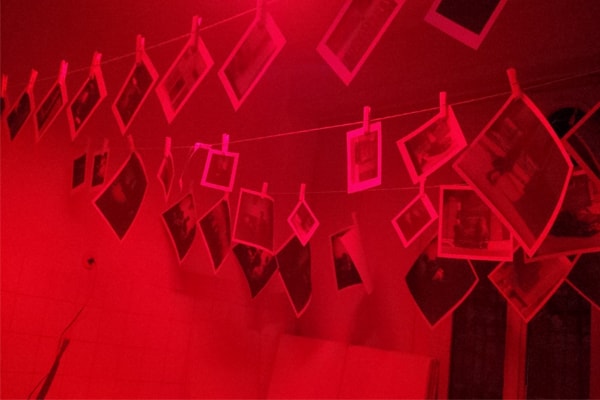 The two-storey villa has 27 sectors or show rooms, where you can see facts and documents of political trials, propaganda, and the fight against internal and foreign enemies. You will hear voices from the past, some records of people surveillance. No one was immune from prosecutions that time. Private life was completely unprotected, everyone, even your neighbor could spy you. There were documents containing this kind of information about the ordinary people life. A word, a song, a casual meeting could be considered hostile activity. In one room you can read the names of 14 359 people prisoned, tortured and died during the dictatorship regime. As you enter in every room and you feel the fear, the terror everywhere. The doors, the electronic devices, microphones, bugs, models from Soviet Union, China or Germany, are all showing the sophisticated tools the regime used to control peoples’ lives. Names, documents, photos from trials, hierarchy of Security State regime follow you in every corner of this house. 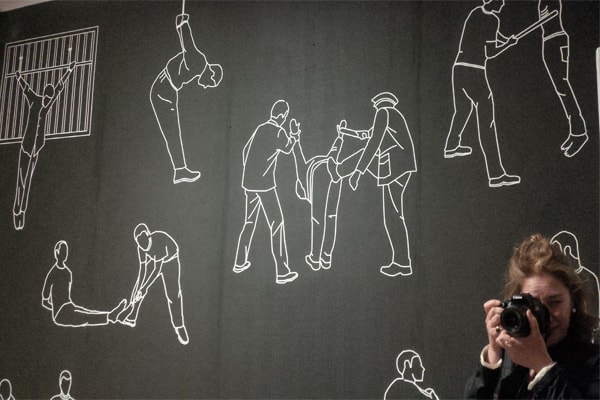 A special room, is the laboratory,  a darkroom for developing films and the place where keys to doors and safety deposit boxes were duplicated to facilitate the illegal search and confiscation of documents believed to have been written using invisible ink.

Another room shows collaborators files, the facts and documents of agents who collaborated with the Sigurimi (Albanian Intelligence Service ), their roles and tasks, the types of files they developed and their spying activities in different cities of Albania.

In other rooms you can see and hear movies of that time, showing exactly how the Sigurimi functioned. In the walls propaganda quotes of Enver Hoxha are written. Probably the best place is an open space, a garden in the back of the house, which was turned in a scene with podium and chairs, somehow a place to feel free and take a breath as if you finally leave prison. This place served as air raid shelter and alternative exit. Movies from communism time are projected in the walls everywhere.

The original house was built in 1931 with the primary function of a medical clinic. During World War II, under German occupation, it was used by the Gestapo. Immediately after the end of the war it was regained by the Albanian government and utilized as a security office for investigations. As of 1950, it become the central office of the then intelligence service used for investigations. 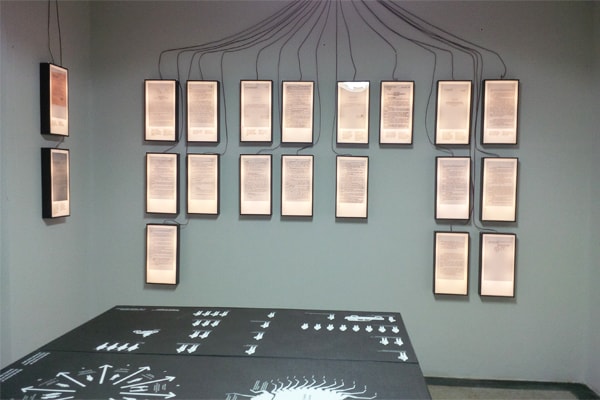 This house is really like a scary movie, but it is a true story. It is a reminder for what Albanian people suffered during 50 years of dictatorship. It is the first step to open the folders of that time, because Albania is the last former communist country that has yet unveiled this period of history.

It is something unbelievable for young generation and for foreigners, who are very interested about this dark part of Albanian history. The House of Leaves is part of dark tourism, which is attracting many and many tourists lately.

The timetable of Museum

Last Sunday of every month