Chasing the colorful buildings of Tirana

Tirana already has the reputation of a colorful city for its painted buildings. The most used colors are blue, green, orange, purple, red, and yellow. Tirana’s painted buildings are spread almost all around the city, but we will show our favorites.

The story of colored city

In the years '90, Tirana was a grey city. With little money to repair the city’s rundown infrastructure, the Municipality undertook a rough-and-ready makeover especially for the communist-era apartment buildings to be repainted in bright, bold colors. It was the first time using such bright colors in Tirana city, since the most preferable color for the buildings during some decades were black, grey or white. Now the Municipality use bright colors not only to re-paint the old ones, but also for the new buildings added to the city. There are some areas where you can see the best colorful buildings in Tirana.

The rainbow building is one of the iconic places of colorful Tirana. It is located near the Blloku area, at Wilson Square. Every visitor who comes in Tirana, want to see this building and take pictures. Besides gazing eyes by seeing the fascinating building, this area is filled with trendy bars which make a perfect place to drink a coffee. 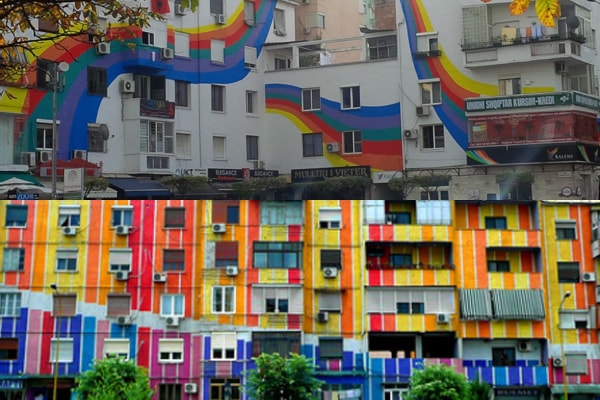 #2 -The so called “titanic” building

Throughout all Bajram Curri Boulevard you will find a lot of buildings painted in green, blue, red, yellow, etc, but we like the most the titanic building referred by locals because of its length.  It is the most photographed photo, the strong purple color and the biggest space makes it a special one. 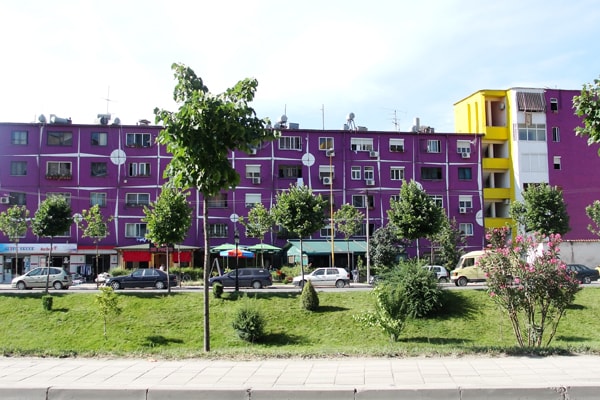 You will find all buildings below in front of Ministry of Foreign Affairs,  if you take  the Ring road  “or Unaza”. All the buildings around “Unaza”, which are communist style, are colored in different patterns and colors. They were painted by different painters, each with its own phantasy, no theme or guideline.  Colors, shapes style all differs from one another and make each of them unique, so you can’t find two similar.

The painted buildings you can find in three main areas: Around Unaza, Rr. Kavajes and “Tirana e Re” 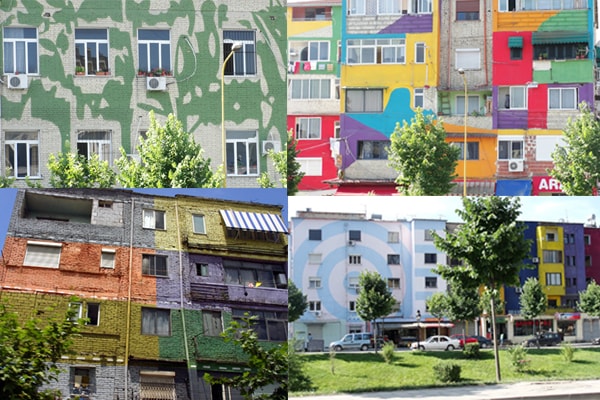 The new mayor follows the steps of Rama toward brightening the old buildings. Coloring some of the main buildings around the center, Veliaj started to use a new model to redecorate them with big thematic paintings. He engaged some artists of street arts, to create some fables which are related to the area or to some old tales. It’s nice to see these changes, because people now are naming these areas after the new painted buildings. 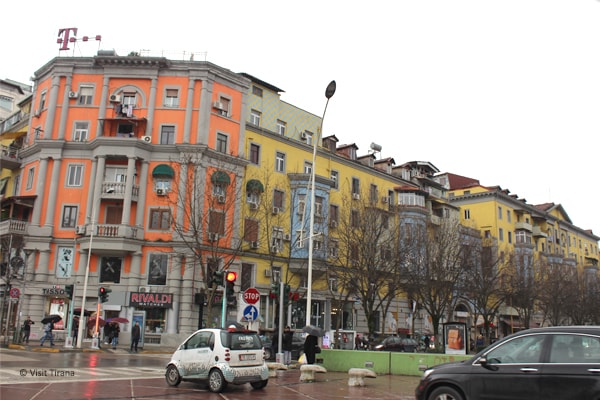 People love these colors, because they raised the spirit of this new emerging city. It is somehow hard to understand the model of architecture in Albania but it is evident that is a mix, between ancient traditional buildings, old communist style, new modern buildings. And all this mixed infrastructure is making Tirana a unique city. 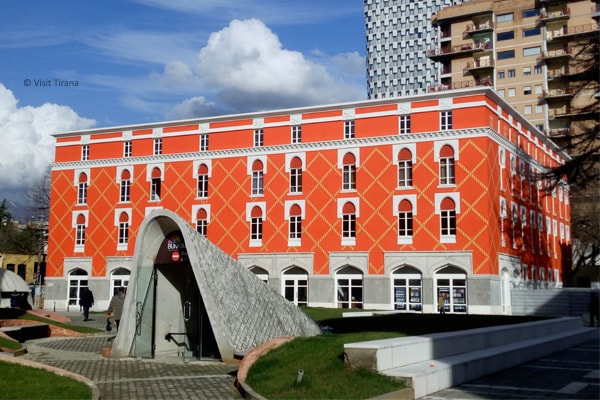 Graffiti is a very common art in Tirana's building's and the Mayor itself hired artist to create art in different areas in the city, like this mural art by the artist known as Franko. 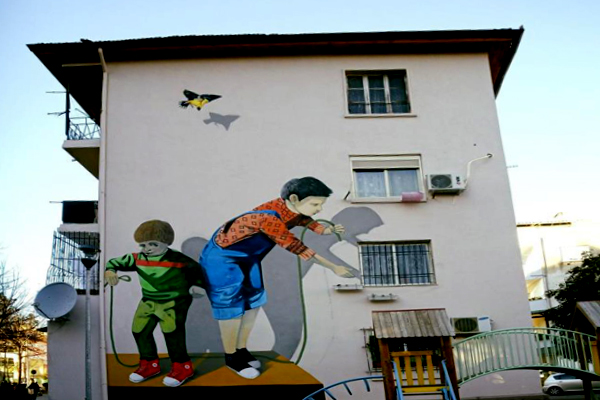 New Bazaar - It hosts some contemporary painted buildings, but it respects tradition, and is giving back to the city the beauty and authenticity. The New bazaar is already turned into a major attraction of the city due to the unique facades that have preserved the Italian architectural style, the decoration with Albanian motives, as well as public spaces to enjoy fresh food and rest. 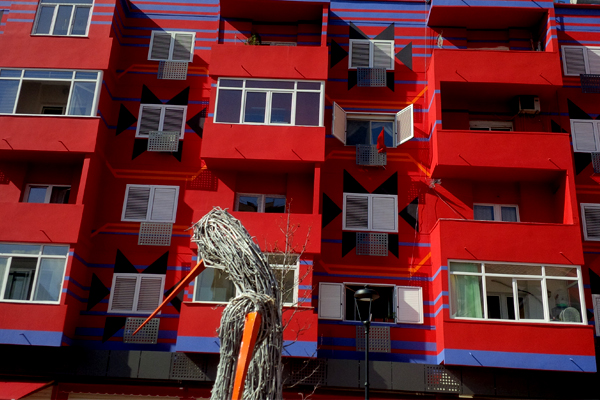