Theater show is very preferred by Albanians. This is due to the fact that citizens can see on stage their favorite actors, but  also because the themes of theatrical pieces are quite connected to the Albanian reality. Metropol Theatre has managed to return on stage not only great actors but also plays of high quality, raising to a higher level the competition between other theaters for quality. 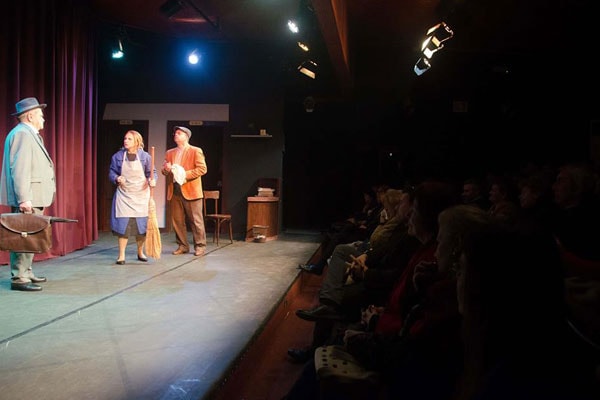 The play "Think Jack" (Pensaci Giacomino) had a huge impact and most of tickets were sold out, even though it run 4 days a week for 3 weeks.  The expectation was high nationwide for a tremendous success with the participation of the great Albanian actor Robert Ndrenika, but the show itself overpassed all expectations.

The play by Italian writer Luigi Pirandello was a fantastic choice for returning back on stage the actor Robert Ndrenika. The high interest for show made possible for the tickets to be sold for two weeks ahead, but the show will continue until February 26th.

Professor Toti was the character embodied by Ndrenika, in the role of an elderly man in his 70s, a loving man who wants to take over the fate of a young girl and her boyfriend, although he will suffer from prejudice of the girl's family and society. A new born and his life stand in front of the  young couple’s dilemma and the refusal of young mother’s family to keep the child.  Professor Toti, a man who never had a family, wants to be 'father' and also a refuge for this new family and give a slap to society. He creates a fictitious marriage with Liliana ( interpreted by Paola Kodra), the young mother  who is pregnant with Xhakomino (Amri Hasanlliu) his former student. With his altruistic character Professor Totti wants to fight society's opinion by making a human act. 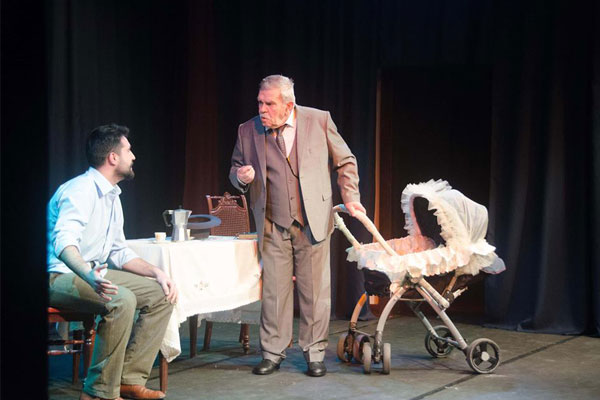 Ndrenika was the main actor with a huge part as professor Toti. Marjana Kondi, another well-known actress played in the role of Liliana’s mother, while Arben Derhemi another good actor was interpreting Liliana’s father, which was the comic character. Jack or Giacomino and Liliana, were the young parents.

Other actors were: Alert Çeloaliaj, the school director, Klodjano Keco, as Jack’s sister, Redjan Mulla (the Priest named Landolino). Merita Dabulla, another actress who is back on stage after years outside Albania had the role of Filomena the maid.  The success of this show is also thanks to the director Milton Kutali. 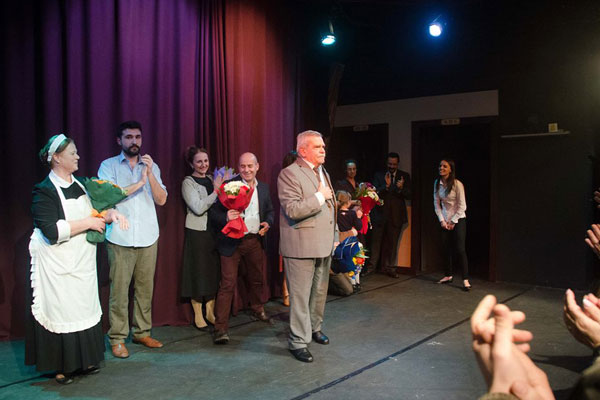 Yes, we can make good art if we stand in our roots. That is the message that Metropoli Theater gave to all Albanians with this play and with the triumphal return of our most loved actors, like Robert Ndrenika.