Great spectacle in Tirana last night. Thousands of people filled the Skanderbeg square to listen and dance with the best Albanian music of the latest years.  The concert was organized for the 15th anniversary of Digitalb (The biggest television platform in Albania). 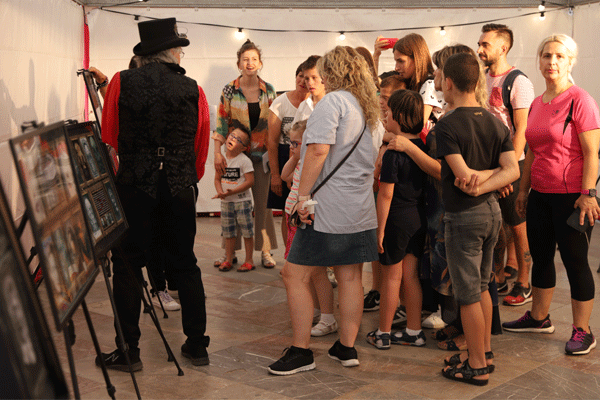 The celebration started on July 13th and continued for three days with games, open museums, entertainment for kids, music etc.  'Illusionarium' was the Museum of Optical Illusions, which was opened on 13-14-15 July in Skanderbeg Square. The museum was one of the most visited from different ages. 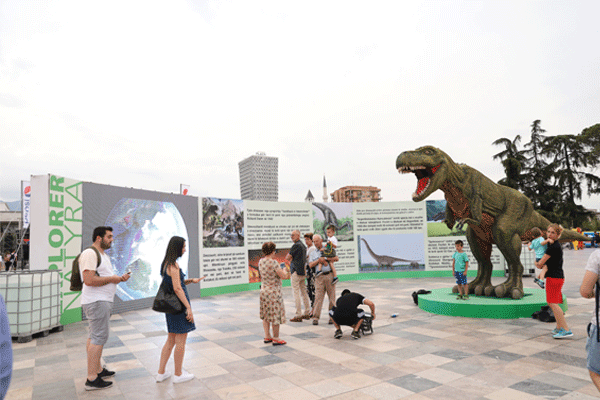 There was also a dinosaur installation in the square, which was also a favorite attraction to take photos.

While the big concert which was the culmination of this event, started on 15 July, at 18:00 h and ended in the late night. The most emotional part of the evening was the spectacle of fireworks. The concert was also live at Top Channel Television, so even people who couldn’t attend in the square, could see in TV. 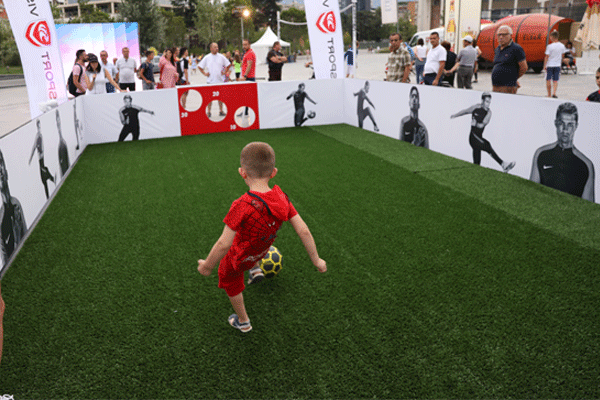 Some of the best Albanian singers performed in the concert, among them were: Faydee & Luana Vjollca,  Alban Skënderaj, Ledri Vula, Elvana Gjata,  Mc Kresha & Lyrical Son, Jericho, Kida, Tayna, Aurela Gaçe, Young Zerka, Vedat Ademi,  Ronela Hajati, Ylli Limani. Skanderbeg Square is the main space for concerts and entertainments in Tirana and is always full of tourists, so they can enjoy the lively life of Tirana, Albanian capital.