A retrospective exhibition of one of the best painter Albanian has ever had, Kole Idromeno, was opened on 27 June at National Art Gallery in Tirana. Many people, including the Ministers of Culture and Education, artists, painters, journalists attended the opening ceremony. 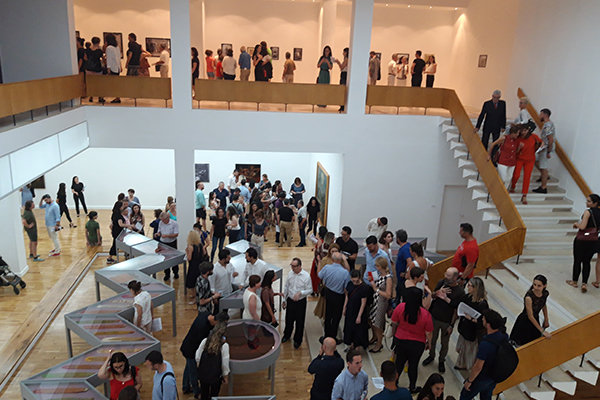 The first photo in exhibition was his auto-portrait he have done in 1938, a year before his death, when he was 71 years old. So we have a view of his face, of an intellectual and well-dressed person, a modest artist.  Then we see the painting of his wife for 55 years, Gjyzepina. And then the portraits of his niece and other men and women, especially dressed in traditional north costume. But the best painting which was considered as the first picture of Albanian realism is “My Sister Tone” (Motra Tone), which is dedicated to his older sister Antonia, but symbolize the Albanian women of that time, as a sister, wife, a mother. 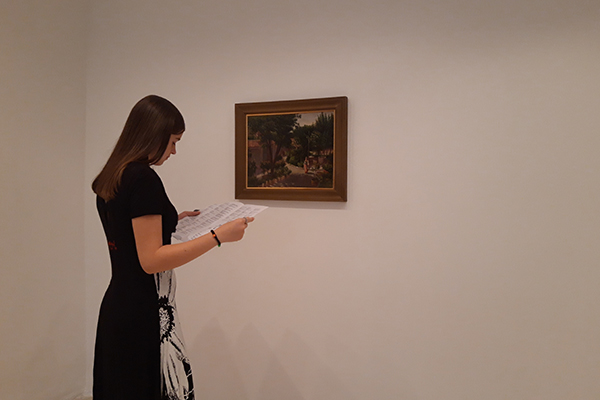 One of the most interesting work of art is his painting called “Two roads”, where you see hundreds of people, each of them not tall than 10 cm, with different characters, dresses and faces which are heading separately in two roads, in Paradise and Hell. This painting was a results of hundreds of photos he made to his friends. And all these sketches and photos he used in this amazing painting. You can stop and stare at it for hours. It seems that he liked this subject of “hell and paradise”. In most cases, the pictures involve pain and torture that devil-like men inflict on their victims symbolizing sinners. The exhibition also features a painting with two devils cutting the tongue to a man while burning in the hell flames, a painting directly related to one of the photos. 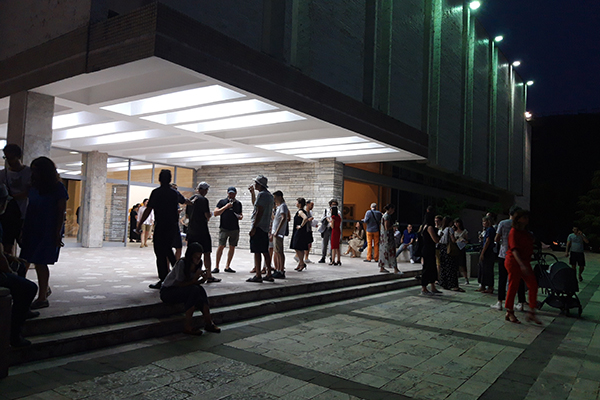 Nikolle Idromeno, or as it known Kole Idromeno was born in 1860 and died in 1939. According to Robert Elsie, Idromeno was the best known of early figures of Albanian painting. He was a talented person not only in picture, but also in architecture, music, photography etc. With the help of Pjetër Marubi, from whom he also learned the art of photography, he was able to travel to Venice in 1875 to attend the Academy of Fine Arts. He returned to Albania in 1878. In 1883, he opened a photo studio with cameras imported from the Pathé company in France. In 1912, he became the first person in Albania to import moving picture equipment and to show films. In August of that year, he signed a contract with the Josef Stauber company in Austria to set up the country’s first, rudimentary public cinema. As a painter, Idromeno preferred urban subjects, such as in his Dasma shkodrane (Wedding in Shkodra), 1924, but also did portraits of intellectuals and nationalist figures. 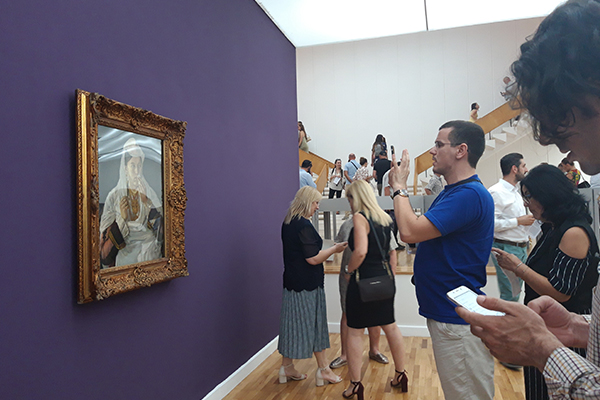 Particularly well-known is the portrait of his half-veiled Motra Tone (My Sister Tone), 1883. Landscapes and religious subjects also occur. His paintings were shown at international art exhibitions in Budapest (1898), Rome (1925), Bari (1931), Rome (1936) and New York (1939). Kolë Idromeno is also remembered as a sculptor and as an architect of public buildings in Shkodram such as Kafja e Madhe, Shiroka Church, Coba Family, Prefecture building etc.