To live means to leave behind a legacy, which. is what the famous novelist Ismail Kadare has done for many generations.  In fact, he is one of the few Albanian writers who have done that. Everyone, including tourists, should learn about the life of this unique character during the communist regime. In the present day, his house, which is located in Tirana, is where he lived and wrote most of his books, and has been converted into a museum, which is now open to the public 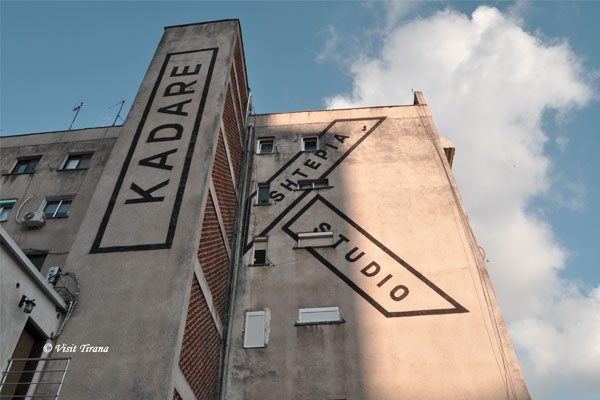 This old building has a typical communist architecture., which is situated a few meters behind the Palace of Culture or Tirana International hotel, in the former Broadway street, or Rruga e Dibres. The building has not been painted, it is a grey colour like in old times, with electric wires hanging everywhere. The entrance is from behind.  On the top of, one can see the symbol K (Kadare- StudioHouse). The apartment is located on the 4th floor. The door is extremely old, painted in white similar to all the other doors from that time period. Only two writers resided in this building at that time - Ismail Kadare and Dritero Agolli, who both had the biggest apartments, which consisted of 4 bedrooms – this was very rare that time, as all other apartments consisted of  1 or 2 bedrooms 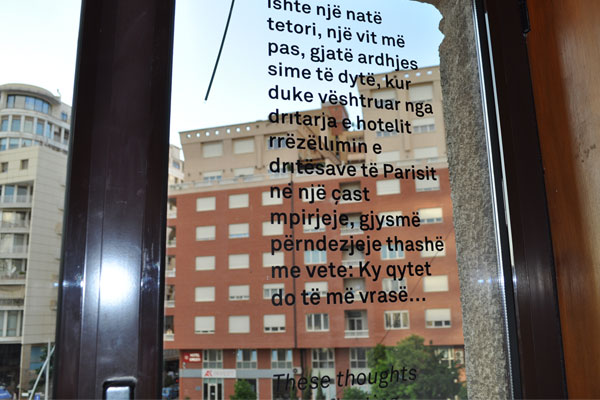 As you enter the leaving room, you can see a big cupboard, with many memories - texts, photos, and documents belonging to the writer and his family. When you see the eye sign, this means that you are allowed to look inside. You can open the drawers and have a look inside. Most are in the Albanian language; however, you can see his notes and also the drawings of his children, family photos etc. On the front wall, you can see the years Kadare stayed in this house, and the books he wrote each year. 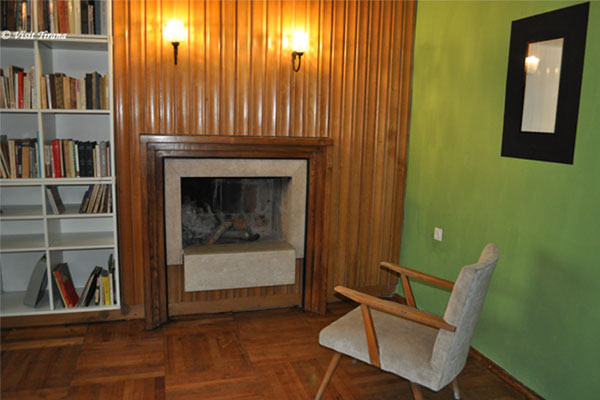 You can read quotes from his books or from books of his wife Helena Kadare (who also is a writer), all over the house.  The tables consist of some catalogues with photos of old Tirana, and some other books referring to this building at that time. In the other room you will see some other works of Kadare, the books he wrote while he was living in France or at his holiday house in Durres.

Then you enter his studio, a very special room, with a huge bookcase, a fireplace and the working table. In front of it, there is a dark room where you can see some pictures of movies directed by the Kadare couple. 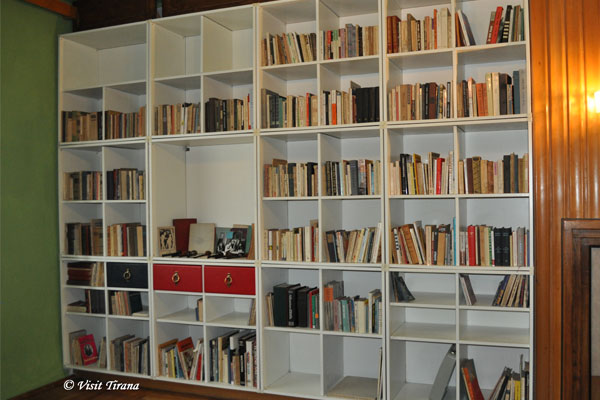 The bedroom has been turned into a special room for the novel: “General of the Dead Army”, the book which made him famous outside Albania. Several movies have been directed based on this novel.

The last room is a study room, which will be used for readers, students and researchers of Kadare’s work and life. You are required to purchase a ticket to use this room. The exit from this room directs you onto the other side of the building.  An alternate museum for the writer Dritero Agolli will also be hosted in this building.

They were the most influential writers during communist time. This building will serve as a symbol of all people, tourists who want to know how intellectuals lived and worked during the communist regime.

When visiting the house Ismail Kadare was quoted saying:  “My gratitude, the idea is , wonderful, nobel and human at the same time" while Helena Kadare congratulated the municipality of Tirana, and mentioned  all this was a nice surprise.

Our Visit Tirana team visited the house,  and you can now find it in the list of museums. Some tour agencies may include this as a highlight in their itineraries.