‘Down Town’- the 37 story skyscraper in Tirana

Archdaily -the magazine dedicated to architecture has published an article about the newest building being under construction in Tirana, focusing on the capital's economic impact.

Construction has begun on MVRDV’s “Downtown One,” a 140-meter-tall mixed-use skyscraper for the Albanian capital city of Tirana. Set to become Albania’s tallest building, the 37-story scheme is defined by its “relief of cantilevered houses and offices, which form a pixelated map of Albania, each representing a town or city.” 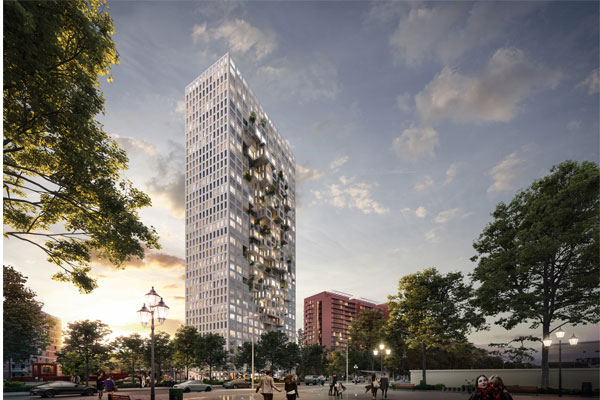 Situated in the center of the city, on the Bajram Curri Boulevard, the scheme intends to boost the economy of the capital through a mix of apartments, shops, offices, and restaurants. In addition to manifesting as a map of Albania when viewed from afar, the iconic cantilevers also generate spectacular panoramic views of the city and mountains and create a connection between residents of this “vertical village.” 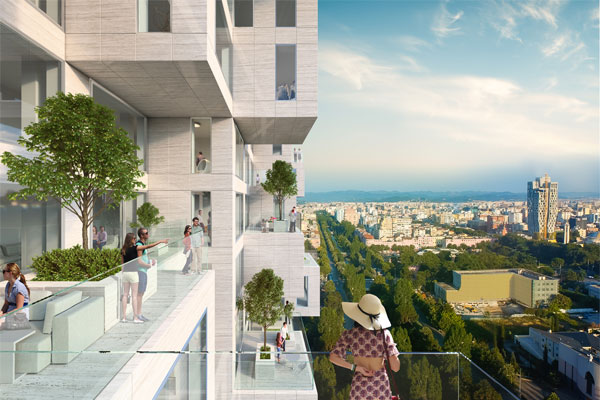 “Albania has come a long way. Ten years ago, it was the poorest country in Europe. Now it is a country with energy and ambition, working towards great economic improvements. We want to express this with our building. The tower brings the feeling of a vertical village to the busy city center, individual housing where communication with the neighbors is encouraged. Maybe it could even be seen as a vertical country! Every house or office adopts a town or city, together forming this map of Albania. The building will be visible from the nearby Skanderbeg square at the heart of the city. It forms part of the ensemble of towers that surround the square, the epicenter of the country. 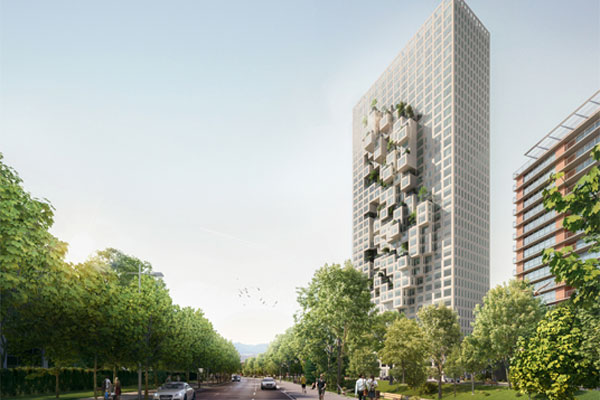 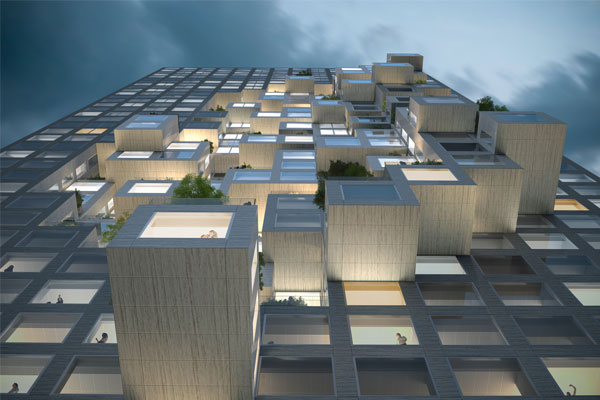