Albania is coming in from the cold. After decades of isolation, Europe’s last undiscovered country is set on modernising and attracting visitors. Its capital, Tirana, is at the heart of this plan. The first-ever low-cost flights between the UK and Albania started in April 2018, when Wizz Air opened its new London Luton-Tirana route. And the historic city is in the midst of massive changes as part of the highly ambitious new Tirana 2030 project, devised by Milan’s Stefano Boeri Architects, which will totally re-imagine Albania’s capital – filling it with concentric rings of green space, new public schools and eco-friendly housing. 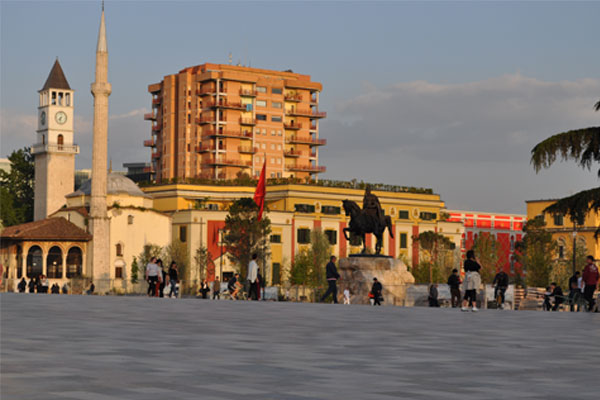 At the top of the Dajti Ekspres, Albania's only cable car, there’s the chance to go mountain biking, paragliding, rock climbing, walking, or visit the Adventure Park, which features Go Ape-style rope walks through the treetops. 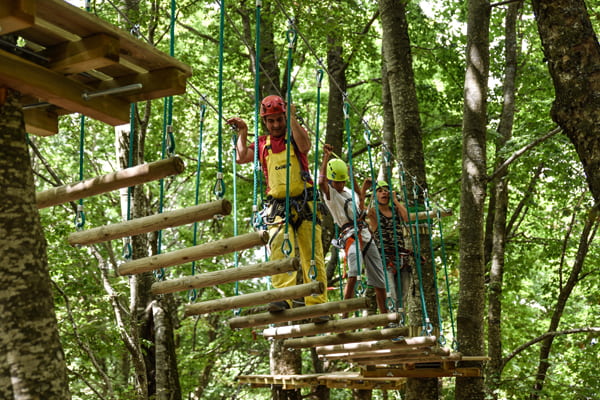 Parku Rinia is a cute, centrally located park that is home to the ‘I Love Tirana’ sign you’ll have seen in a thousand photos. The bigger Great Park of Tirana (Parku i Madh Kodrat e Liqenit) is about 15 minutes further south and much more sprawling – it has lakes, lawns, the city’s zoo and the Albanian Presidential Palace in its broad grounds.

Bunk’Art (open Wednesday to Sunday 9am-4pm, closed Mondays and Tuesdays) is out towards the Dajti Ekspres Cable Car while its smaller sister Bunk’Art 2 (open daily 9am to 6pm) is off Skanderberg Square. Both are former bomb-proof shelters built by the Hoxha regime which have been transformed into exhibition and event spaces where art and historical items are displayed. These eerie concrete bunkers are well worth a visit and the main one is so huge it even has its own theatre.

The National History Museum (Tuesday to Saturday, 10am-5pm, Sundays, 9am-2pm, closed Mondays) has a ton of exhibits about the country’s past. On the front of the building is a famous social realist mosaic from the communist years, showing various proud Albanians working hard and looking toned.

The towering Plaza is the choice of visiting diplomats, business leaders and the odd celeb too. Tasteful, modern decor in warm autumnal colours, polite service and a spacious, upmarket spa. Doubles from €110, room only.

The friendly Theranda is a nice little boutique hotel with a garden in the Blloku neighbourhood, which used to be reserved for high-ranking party officials (Hoxha lived here) but is now home to the city’s best restaurants, bars and shopping. Doubles from €40, room only.

At the top of Mount Dajti there’s a hotel – the Dajti Tower Belvedere – away from the bustle of downtown Tirana and with crazy modernist architecture and a revolving bar on the roof. Doubles from €60, room only.

Era Vila (daily 11am-midnight) is a swish little joint with a homely atmosphere and a small garden, making you feel you’re away from the city. Try the chicken and pine nut pilaf or oven baked spinach. The people behind this venture also have a deli and another restaurant.

At the top of the Dajti Mountain is Ballkoni Dajtit (daily 9am-7pm, closed Tuesdays). All the local specialities come as standard here, such as spicy meatball stew. We recommend the fasule pllaqi (butter bean and pepper casserole served steaming in a hot pot) and the fried cheese with forest fruits, all washed down with local beers and wines. The restaurant is perched on the edge of the mountain top, giving splendid views over the city.

Upmarket restaurant Millennium Gourmet (daily 11am-11.30pm) has fine dining down to a tee in Tirana. This swanky haunt is where the city’s movers and shakers come of a weekend evening for dinner with bells on. Mixing local ingredients with Italian and French influences, the chefs conjure up dishes including smoked pork fillet with olives and cauliflower; artichoke with almond, saffron, grapes and white wine; and fish tartare with asparagus, yuzu and lime.

It’s got to be Bunker 1944 (Fridays and Saturdays 6pm-2am, Sunday to Thursday 5pm-1am). This renowned dive bar is named after the year Albania threw out the Nazi invaders and installed a communist government; the decor is decidedly mid-century too. Live bands and DJs keep the place swinging and the aperos are appealingly singular too. The Belushi brothers might be the most famous Albanian-descended actors, but one of the drinks here, the yoghurt and vodka Nafije, is named for another Albanian screen icon from the middle of the 20th century.

Countless malls have sprung up in Tirana since the fall of communism, but for a less generic plastic-bashing experience it’s nice to wander streets like Myslym Shyri where you can find various smaller shops selling everything from clothes to homewares and the ubiquitous local carpets. In Skanderbeg Square there’s the famous bookshop Adrion (daily 8am-9.30pm), which sells English language books and magazines, tomes about Albania, maps and higher end souvenirs.

Cross over the Lana River to reach the Pyramid of Tirana, which was built as a monument and museum to celebrate Hoxha. Today it has mostly fallen into disrepair – but makes for some pleasingly weird photos. 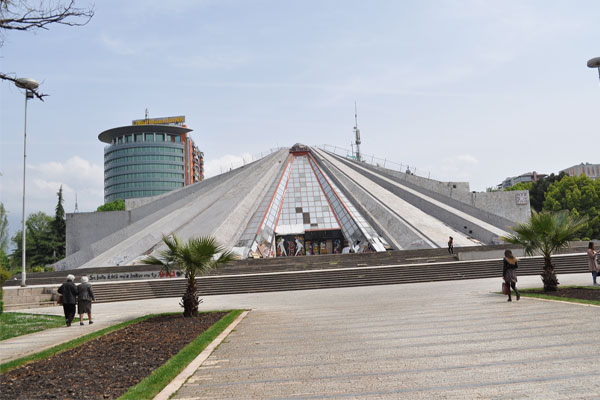 The article was written by Christopher Beanland.  The team of Visit of Tirana accompained the journalist in a walking tour in Tirana. The Independent recommends Visit Tirana as the source of information for everyone visiting Tirana.