What to do in September in Tirana

Why September is great in Tirana!

The life returns to normal routine in Tirana after summer vacations. People are coming home, starting to work, and kids are preparing for school. As for tourists, Tirana is like a magnet in September because it cool and fresh. Autumn and spring are the most preferred seasons for visiting Tirana. September is the first month of Autumn, but the real Autumn with fallen leaves and rains, starts later in October. 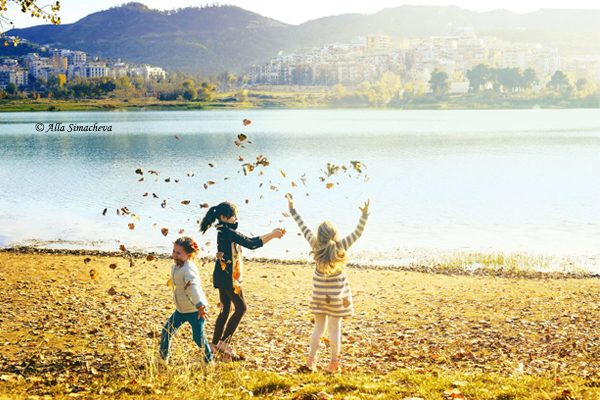 The weather in September is pleasant, so this could be the ideal month to appreciate the city. It is great to walk and to visit as much as you can from Tirana. What we suggest for this month is to get a little bit deeper in learning more about traditions and way of life as well as to communicate with Albanians, to see the old neighbourhood and colourful buildings and to taste the delicious cuisine.  You can experience Tirana as locals do: Starting the day with a good coffee close to the hotels or the house you are staying. Visiting some museums in Tirana in the main square and boulevard, than going for a good lunch in plenty of restaurants around, and attending the evening events, concerts, or going for a drink in plenty of bars in the city center. The night life is also vivid, and you will not need a guide to find the bars which are open until the late hours. 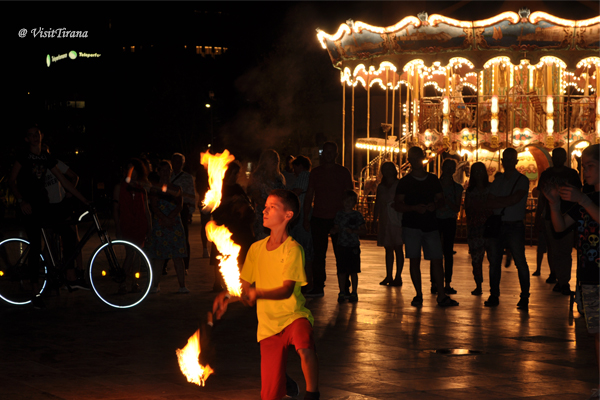 The events start buzzing in September. One of them is Wine Fest, in Shesh Village, which is 18 km far from centre of Tirana. The municipality of Tirana and DMO Albania will organize the Wine Fest through a rich programme; harvesting wine grapes, singing, dancing. It is a moment not only to try some of the best Albanian wines, but also to know the villages of Tirana, the rural life and to taste the traditional food of the area. This part of Tirana is known not only for the good wine but also for the best olive oil in the city. 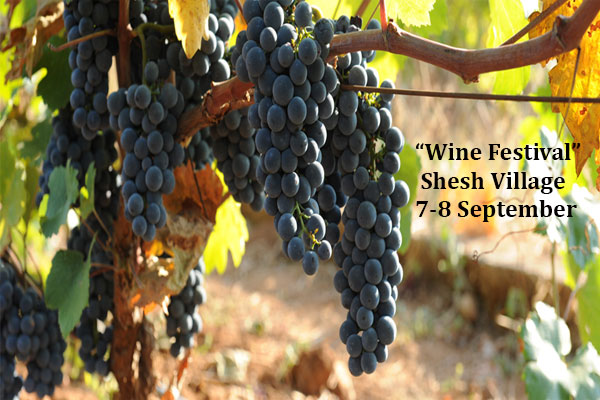 Elita 5 is a very popular music band from Macedonia, which will perform at Amphitheatre of Tirana in September 7th.

There are some new exhibitions such as the one at National Historical Museum for Mother Teresa, in 5th of September. The other one is the exhibition of Flaka Haliti at National Art Gallery. Until 2nd of September don’t miss two exhibitions at COD Centre, Government office.

In September we recommend Dajti Mountain as the best adventure with Cable Car, but you can arrange some visits around the villages with Visit Tirana, such as visits at Bovilla Lake, Cyclops Eye, Fortuzaj Lake, Erzeni Canyons, Pellumbas Cave. You can also travel to castles around Tirana, such as Petrela, Preza where you can also try some traditional food. 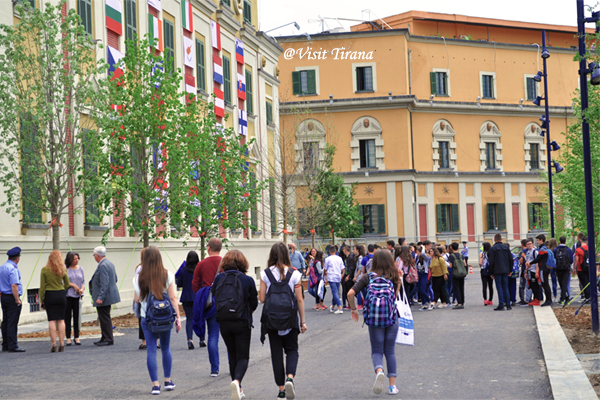 Wherever you go, don’t miss a photo from Tirana. Very soon we will launch TiranaPhotoFestival and some good prizes for the best photos in nature category, street photography, and people of Tirana. Stay tuned and enjoy the city with us!