One day in Tujani Canyon, 10 km from Tirana

Tirana is full of surprises. since its surroundings are still not fully explored. After 2015 the city has new boundaries, (new decentralisation reform) including many villages, and a spectacular natural crown with mountains, valley, waterfall and gorges, canyons and lakes, which are still unknown for all citizens, but only for some adventures people who reached these places. 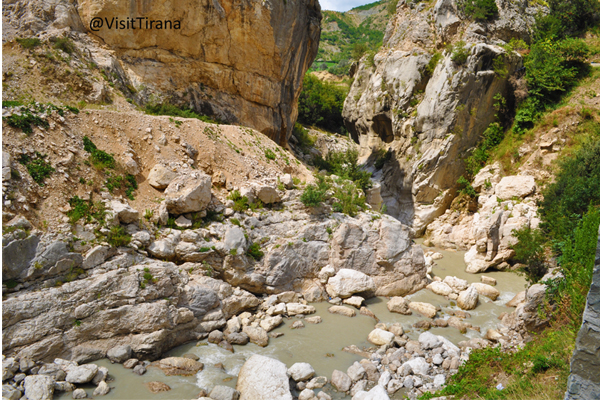 Tufina is a neighbourhood in Tirana which is known more as a cemetery in the north-east part of Tirana. It was considered the end line of Tirana, a decade ago. But if you start to drive further, you will reach very soon to Brari village which is situated in a beautiful hill in the left side. You continue the road and enter to the under-construction road of ‘Rruga e Arbrit’, which will link Tirana with Dibra and Macedonia. The road is not good, but after 4 km you will see a beautiful place called Shkalla Tujanit and a restaurant with the same name. 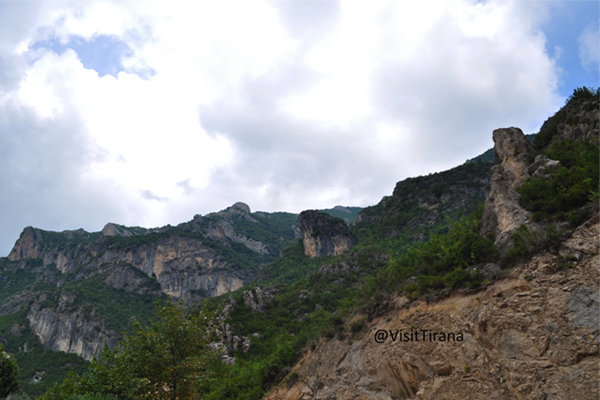 Shkalla e Tujanit is a gorge 1000 meters deep, which separate Mountain Dajti from Priska Mountain (1241 m). The river of Tirana passes between two mountains, creating beautiful canyons, inviting you to explore. Some carstic phenomena in this area during the centuries have created many caves and strange shapes of rocks. 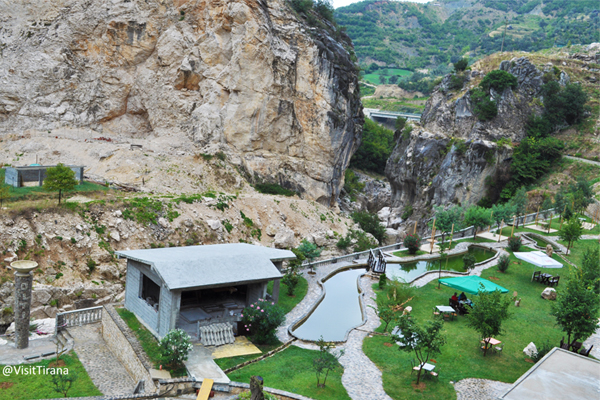 You will feel the fresh air and beautiful landscape to feed your spirit. It is a perfect place so close Tirana, just 10 km far from the centre of the capital to spend a day. Despite the condition of the road, you can enjoy the amazing nature and a good traditional lunch at Shkallla Tujanit restaurant. 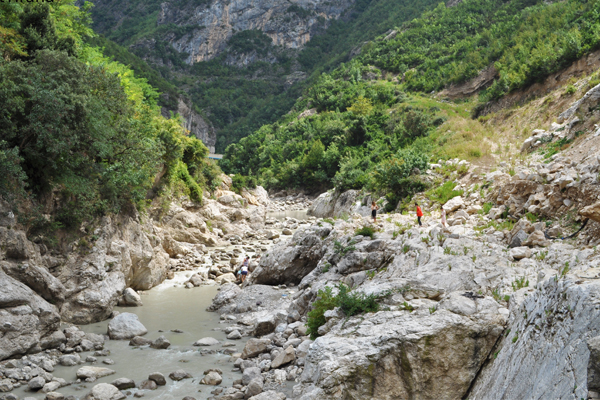