Warming up with AYO's voice in a rainy evening

“My mother is white and my father is black. I’m 100 % of both, not half white or black. I’m just like you”. These inspiring messages about love for God and loving each-other were inseparable part of the beautiful songs and amazing voice of the famous singer AYO, who performed last night in Tirana. The concert held at Tirana Amphitheatre in a fantastic atmosphere. It was organized by Living Rooms Events and APR Tirana. 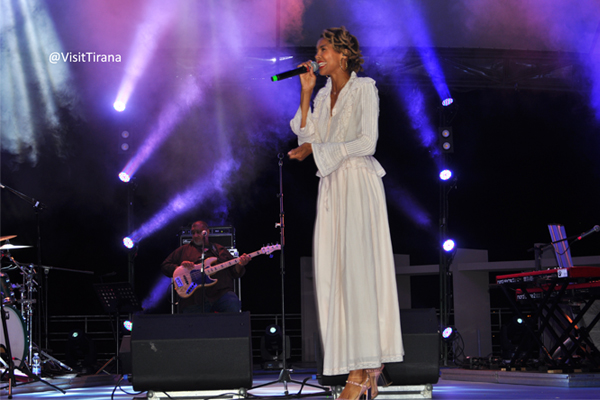 AYO is a Nigerian- German singer, songwriter and actress, who is known worldwide for her very unique voice and beautiful songs. She sings folk, soul and reggae music. She plays piano and guitar. Dressed all in white, she sang for Albanian fans her best music.  Despite the rain, many people were gathered to Amphitheatre in Tirana to enjoy her concert. This was the first time AYO performed in Tirana. But Albanians are familiar with some of her songs. The most popular song is “Down of my knees.. I’m begging you”, a solo launched in 2006. It was amazing how public sang with her some of the songs. 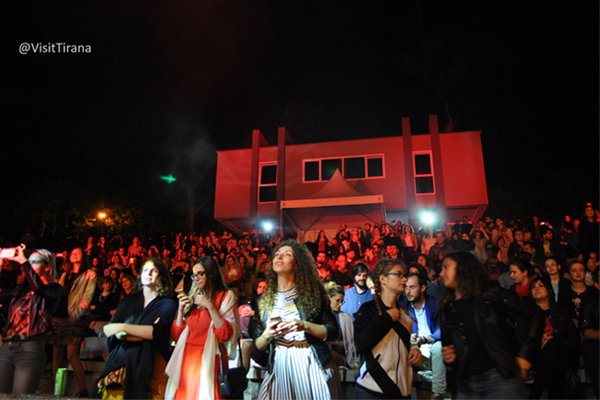 AYO gave also some beautiful messages about love and God. She talked singing, which is a very warm way to thank Albanian Public. She spoke some Albanian words such as: “Si jeni, Tirana…”,  but she promised that if she come back again in our city, she will learn some more words in Albanian. 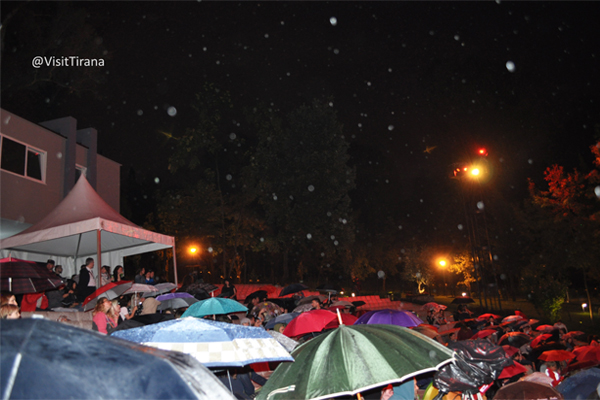 The atmosphere created was so warm and enthusiast despite the bad weather.  Just some hours before the concert, the Mayor of Tirana, Mr Veliaj gave her “the Key of Tirana” a symbolic gift for all world personalities visiting our city.

It is great to see many famous singers performing in Tirana, bringing to our stages their culture, their art and music. Albanian public is very welcoming and love to have more such artists in scene…

The best known album of AYO are Joyful, Gravity at last, Billie-Eve, Ticket to the World and AYO.

She is also very active to promote children rights for education in all the world as part of UNICEF campaigns.