Në Konak-a fantastic folk music concert with the best of our traditional songs and costumes. The concert was organized by the Folk Ensemble of Tirana, part of Metropoli Theater, at National Museum on 7th June. 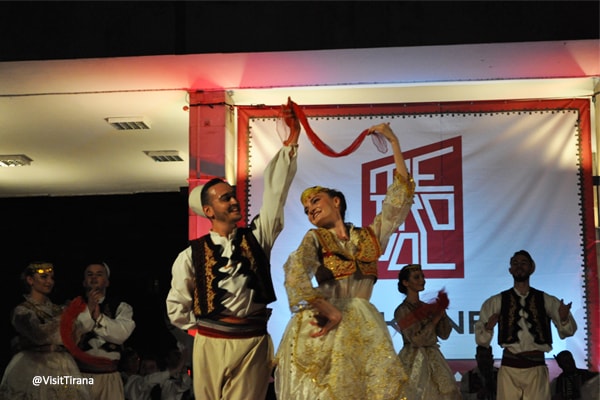 The atmosphere was just fantastic. The dancers performed all the typical traditional dances from north to south of Albania. Part of the concert were also folk singers who performed some of the best pieces of our traditional music. Iso-polyphony, part of intangible heritage of UNESCO, was also brought on stage by a group of singers. 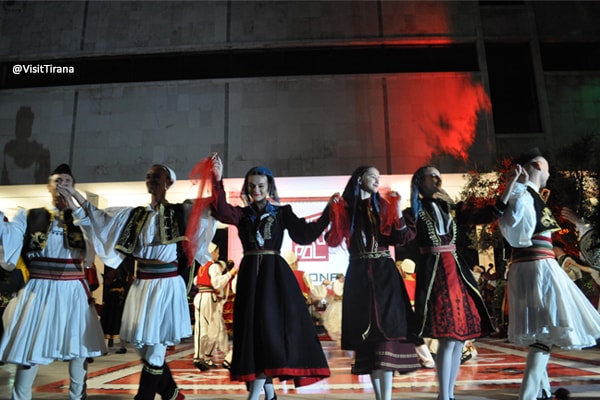 This kind of music is considered a Masterpiece of the Oral and Intangible Heritage of Humanity. It is normally sung unaccompanied by instruments and is often improvised by two or three lead singers who set forth the melody and text. The other singers accompany the lead singers as a chorus with a so-called iso, which is continuous and sung on the syllable 'e'.  The spectators enjoyed and applauded every bit of this concert and dance. It was something like a traditional wedding. Even the tittle of concert was related to our tradition. 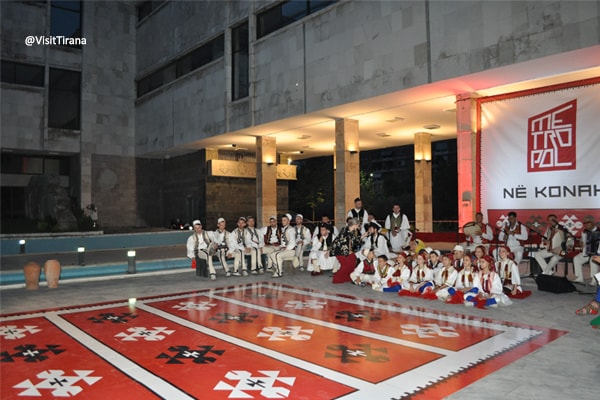 What does it mean “Ne Konak”? Konak in Albanian is the guests room, or the guests corner in all the houses of Albanians. This is the room where we welcome our guests, show them respect, give them raki, and serve all the best food we have. Than we sing together until the late hours, in a sign for respect and to entertain the guest, to make him feel home. 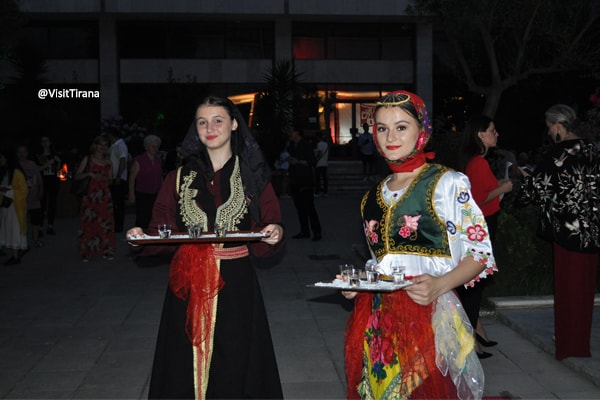 All the singers and dancers were seated in Konak, drinking some raki, and singing together. The concert was opened by the director of Metropoli Theater, Mrs Jonida Beqo. She welcomed the guests with a glass of raki, inviting all to enjoy the show. The mayor of Tirana Municipality Erion Veliaj was present also, congratulating in the end all the young dancers for preserving our folk heritage and bringing such fantastic shows for the citizens of Tirana. 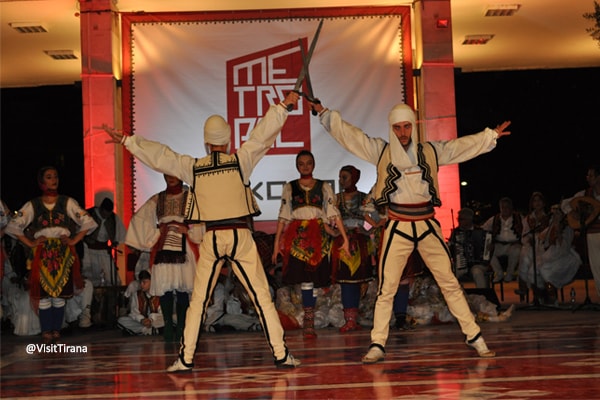 Children also were part of the show. Dressed in traditional costumes they performed the best dances especially from Tirana.

Even the way of sitting in the floor with the legs crossed is typical for Tirana’s old tradition. The event was seen even by many foreigners who learned about this concert in last moments. We met one American couple, who said that they learn for the concert via Visit Tirana. 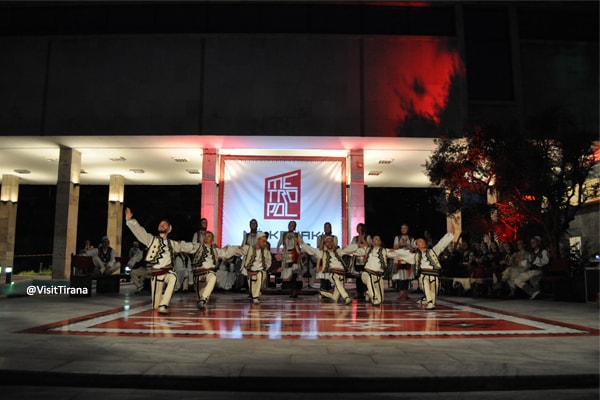 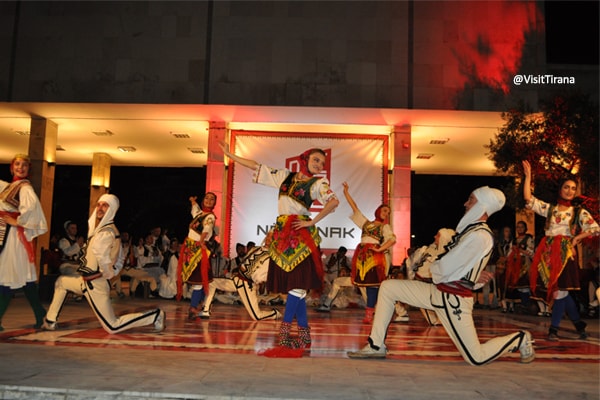 They were amazed by the energy of dancer and about very unique kind of dance and traditions we have comparing to other countries abroad. Happy to hear this, and we really need to organize more concerts like this in Tirana. 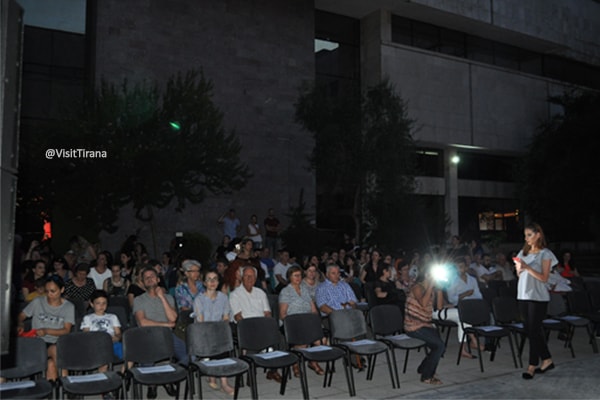