Rita Ora electrified the crowd with Albanian Dance in Tirana

Rita Ora electrified the atmosphere in Tirana on June 3, performing for thousands of citizens at Skanderbeg Square.

Rita Ora performed her best songs, most of them are known for young generation in Albania. People were singing with her, and waving their mobile-light in the air. Never have been seen such a huge participation from all the ages, children, young and old people. It seemed like all citizens of Tirana were at Skanderbeg Square. The stairs of Palace of Culture were full with people. The atmosphere was so fantastic. Even people in the back who couldn’t see Rita Ora, danced on their own, and applauded for her songs. 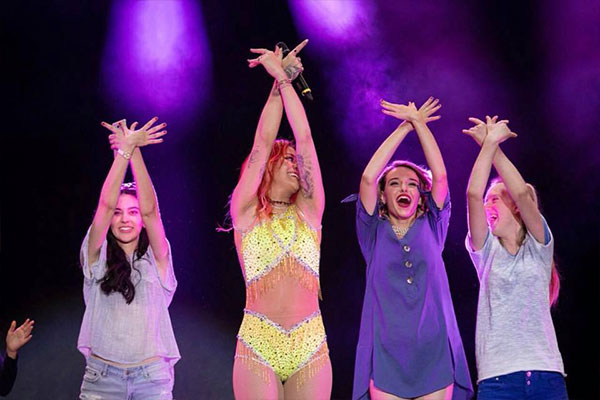 The best moment of the concert was when Rita Ora performed the famous Albanian Dance Vallja e Rugoves, with the Albanian flag waiving in the biggest screen behind her. It is a dance Albanians perform in all the weddings, and everybody knows how to dance it.

Rita Ora is internationally known British singer. After the Concert in Tirana she will continue her tour in Verona, Italy

The June started big in Tirana, with Ermal Meta, Albanian singer living in Italy, the winner of Sanremo Festival, followed by Rita Ora. Albanians are made of young population who are music lovers and are gifted with a talent for dance.