A different exhibition is being displayed in Tirana. A great painter, one of the rarest who has been living between two worlds, and is still active today on the world of art and the painting. This is Edi Hila, the 74-year-old painter who opened yesterday his special exhibition at the National Gallery of Arts in Tirana, Albania.

The title of the exhibition was “Edi Hila, the painter of the transformation”. In fact, as soon as you enter on the hall of the gallery you see the painting called “Planting Trees”, a painting of 1971 which, although in the first sight doesn't have anything suspicious, it was criticized by the regime, was considered a painting that deviated from the doctrine of socialist realism and lacked the so-called revolutionary spirit.

Yet the colors of that painting are amazing. Edi Hila was punished for this photo with re-education at the bird breeding plant. 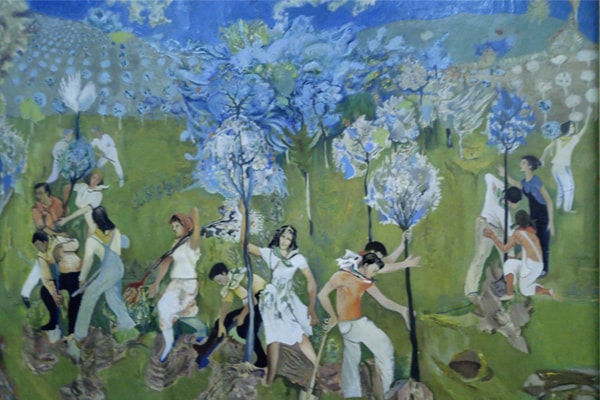 But Hila continued to paint wherever he was. The most specific period reflected in this exhibition belongs to the transition years in Albania, the sinking of the ship in Otranto, the emigration of Albanians, the gloomy poor life of the years after the fall of Communism and depicting the realities of the transformation of Albania.

The images of that time are really shocking and Hila has included them in his beautiful paintings. 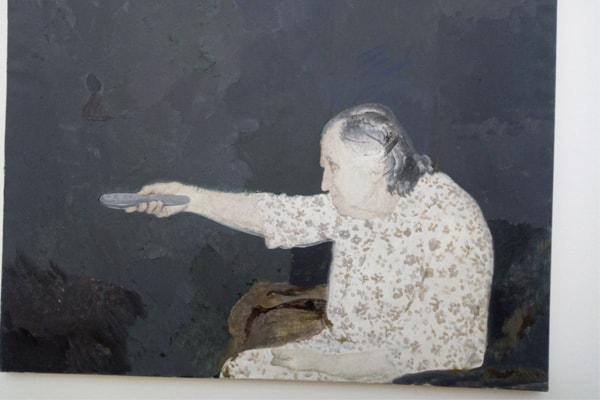 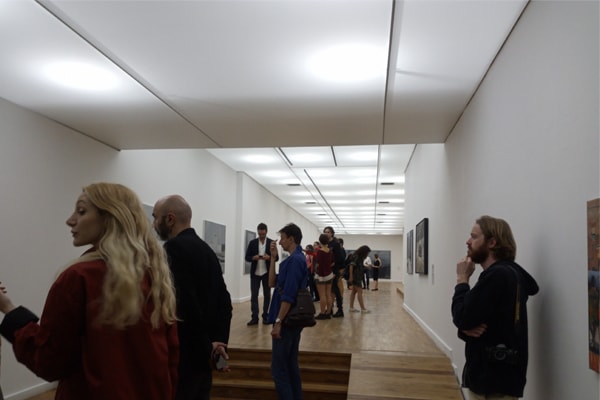 Very special is a picture of his sick mother, sitting on the couch with remote-control in one hand. Likewise, a painting with the title “family”, the Durresi beach paintings and the apartment buildings in Tirana are very significant.

The exhibition was visited by many local and foreign tourists. It will remain open until 29 July. We invite all those who visit Tirana, not to miss this exhibition.

Edi Hila: Painter of Transformation is a joint project of the National Gallery of Arts, Albania, the Museum of Modern Art in Warsaw, and Kontakt Collection in Vienna.