Pyramid remains the most mystic building in Tirana, but not for long. Until now it was linked with the communist past, but very soon it will turned into the biggest regional center for youth, technology and innovation.

The new project for revitalization of Pyramid and transforming it in a multi-functional hub for all young generation, was introduced today by the prime Minister of Albania Mr Edi Rama and the Mayor of Tirana Mr Erion Veliaj. The project will be financed by Albanian-American Development Fund.

The Prime Minister Edi Rama, the Mayor of Tirana, Erion Veliaj attended the event together with the Director of the Board of the Albanian American Development Fund, Michael D. Granoff, as well as architects and urbanists who have been involved with the news design of the Pyramid.

This is a very ambitious project that lacked in Tirana. Pyramid was created as a Musem for the Dictator Enver Hoxha, and was designed by his daughter who was the architect. Having this symbolic it has been the center of debates to destroy this building considering it as a communist symbol. But it is a very rare object, so keeping it, is a reminder of the past, but transforming its role is a fantastic idea, in accordance with the saying: reminding the past, building the future.

For sure, Pyramid will be a very popular place for youth. 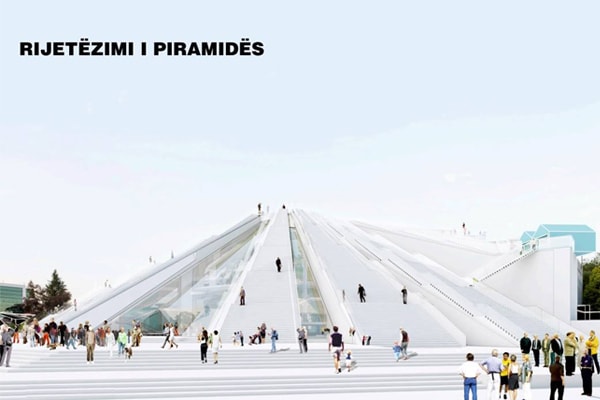 The pyramid will serve as a kind of incubator for businesses in the field of innovation, art and creativity. The innovation of revitalizing the center lies in the fact that the TUMO model is a new type of educational experience at the intersection of technology and design. Young people will be given the tools and knowledge they need to achieve their potential and they will be able to develop their learning skills to face the challenges of the 21st century. The TUMO Learning Program consists of self-employment activities, workshops and labs in 14 change programs under the supervision of the best experts from around the world.

Mr Edi Rama and Mr Veliaj were very enthusiastic for this project and for its role in educating the youth generation of Albania. 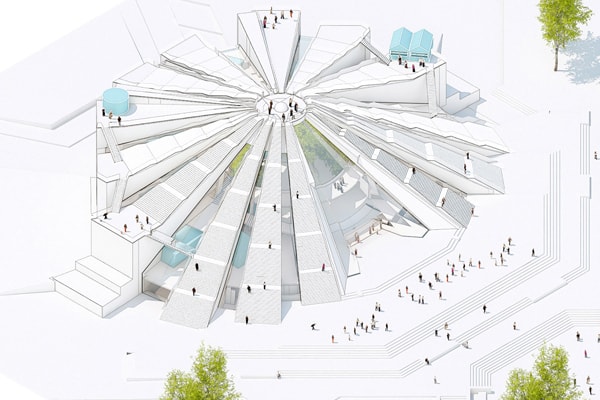