Kids in Tirana, campaign to protect the environment

Today is Earth Day, and is celebrated all over the world with different campaigns to raise awareness for protecting our planet. Tirana community is becoming everyday aware for the importance to keep clean the environment, to reduce plastic bags and plant as much trees as we can.

On this day, we met a group of children from New York Basic Education in Tirana accompanied by their teacher who were on a mission: to spread messages to protect the environment. They stopped the people in the streets and give them politely leaflets with messages to protect the environments through replacing plastic bags with rope bags. They distributed some of these cotton bags painted by their hands with different messages on them. 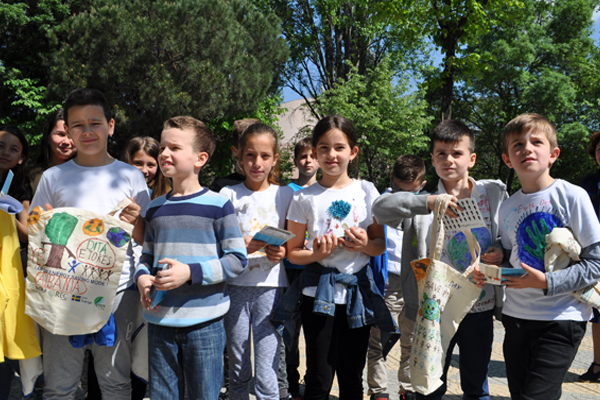 It is very impressive when you see that the kids understand that the world would be better if we start to protect our environment, starting with simple steps, from our home, neighborhood, school and city. “We must protect mother earth, our land, our resources and truly take care of our planet. It's what keeps us alive, after all,” - one of them said for Visit Tirana.

This project is part of a bigger project by “EDEN”, the Environmental Center for Development Education and Networking.

Tirana is developed so much in the recent years and the Municipality has undertaken several initiatives, especially this year where they set a record of planting 100,000 trees in the city. 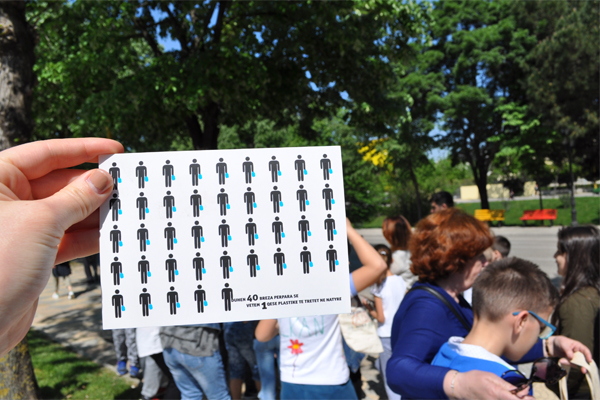 Why April 22 marks the Earth Day?

April 22 marks the anniversary of the "birth of the modern environmental movement in 1970," according to the Earth Day Network.

It was a time when war raged in Vietnam and students nationwide protested it, unafraid to vocalize just how much they opposed it. Due to such conflict, environmental concerns were pushed to the back of everyone's mind — that is, until two things happened.

First, a book was released in 1962, Rachel Carson's Silent Spring, which helped to raise public awareness for the environment and launched the environmental movement. Then, the 1969 oil spill in Santa Barbara, California happened, causing Gaylord Nelson, a U.S. Senator from Wisconsin at the time, to take action: He would create — and become founder of — the very first Earth Day on April 22, 1970.