Albania has 'two Easters' - here is how we celebrate them

Albania has “two Easters,” giving tourists the chance to experience one, the other, or both, depending on when they visit and how long they stay.Catholic are celebrating Easter according to Gregorian calendar, while orthodox Easter are celebrated usually at least a week later than Catholic Easter, according to Julian calendar. 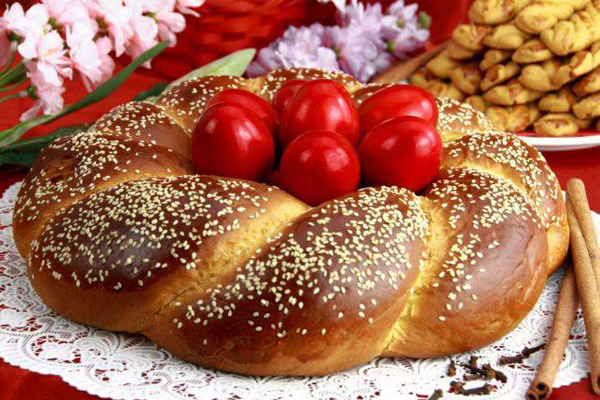 It is interesting that these celebrations now important festive days for each christian family, while during the communist time for more than half a century this events were banned. No one is allowed even to mention "Easter Sunday" or Christ Resurrection. They couldn't go to Church or to follow the specific rituals. The regime of Enver Hoxha pretended to create an atheist state, so religious days were banned. But when the democratic years came, all the Catholics and Orthodox believers returned to their traditions to celebrate these events according to their own calendars.

But in general they do the same things.

Both Catholic and Orthodox believers attend services throughout Holy Week, from Palm Sunday to Easter Sunday, despite usually going on different dates. Both faiths hold Holy Saturday vigils to welcome Resurrection Morning. Orthodox follow up the vigil with early-morning prayer and song services. 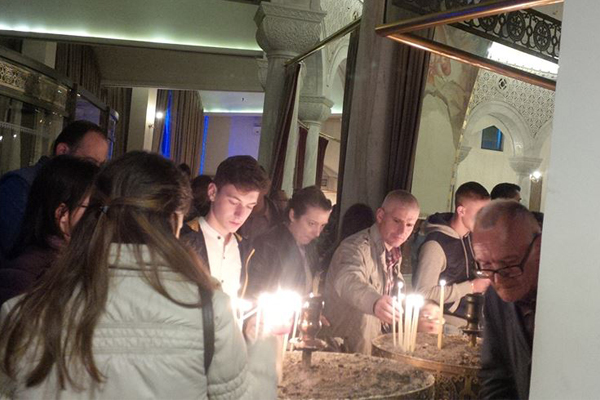 Both faiths decorate Easter eggs, the Orthodox dyeing many of their eggs red to symbolize the blood of Christ. Orthodox also eat a special Easter bread, drink brandy, and eat roast lamb for Easter dinner. In fact all Albanians prefer to take part in cultural or traditional events for Easter, because in our country Catholics, Orthodox, and Muslims often “borrow, mix, and match” religious feasts and practices in Albania. We are known for our religious tolerance and coexistence. 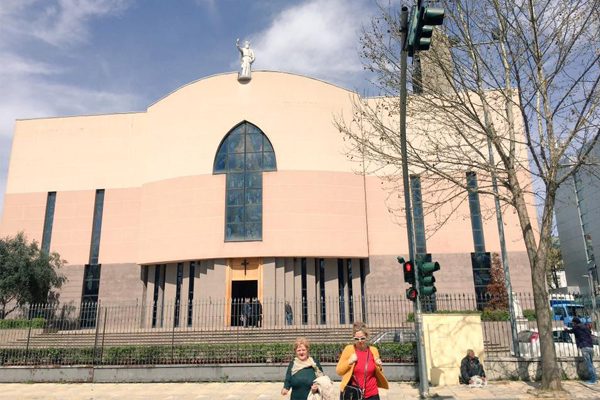 Here are some ideas what Albanians are doing during Easter:

Attend Catholic Easter Services at St Paul's Cathedral in Tirana. It belongs to the Roman Catholic Archdiocese ofTiranë-Durrës. The stained glass window to the left of the front door features Pope John Paul II and Mother Teresa. Also a statue of Mother Teresa can be found at the entrance of the cathedral. It was inaugurated on 26 January 2002. 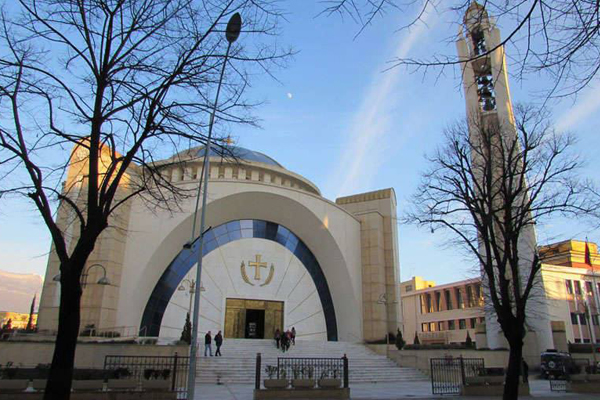 Attend Orthodox Easter services at Resurrection of Christ Orthodox Cathedral in Tirana, the capital. The cathedral, finished in 2012, is one of the largest in the Balkans. It has a large 16-bell tower with an Orthodox-style cross on top, which bear fours “Paschal candles” that stand for the light of the four Gospel Resurrection accounts.

But there are many other churches in Tirana and all over the country. The most famous one is Kisha e Lacit, one hour far from Tirana. The biggest festive celebrations are held in Shkodra and Lezha, where the catholic community is bigger. So if you are in Tirana these days, you can choose to visit these cities which are two hours from Tirana, and experience the real festive tradition.

In general, after the services in church, people celebrate with their families and friends.