If we do not deal with the past, we cannot shape the future. This was the message that was given to the students of the University of History and Philology in Tirana. The "House of Leaves" Museum in Tirana, in cooperation with the Swiss Embassy in Tirana held a meeting-discussion with several students of the University of History and Philology. Attending the event were the Swiss Ambassador, Mr. Christoph Graf, the Museum Director, Mrs. Etleva Demollari, as well some university professors in Tirana and Durres. 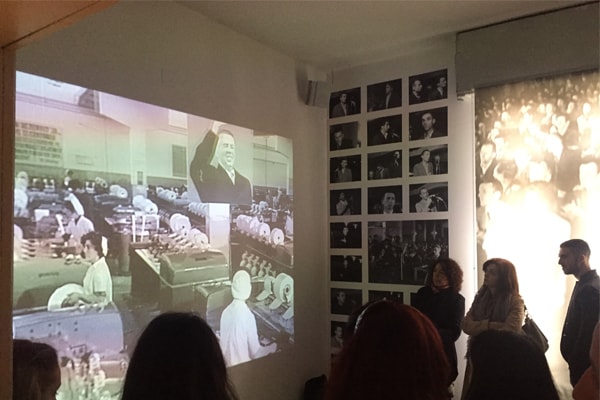 Students were given the opportunity to see a short documentary titled: "Dealing with the Past" produced by the Marubi Film and Multimedia Academy. In this documentary, two opposing characters were placed in parallel, which in fact represent two different parts of Albanian society at that time. The first person was, a grandmother from city of Berat, who had fanatically saved all the books written by the dictator Enver Hoxha, all photos with "Comrade Enver" as she calls it even today. Even though it has been more than 30 years from his death, for her he was the man who made Albania a state, who educated and guaranteed the jobs for every citizen. She still thought that he was the man who really loved this country, Albania. Like this grandmother, there are many other characters who are nostalgic for that period. Propaganda has entered into their brains and they do not accept that communism killed and imprisoned thousands of innocent people 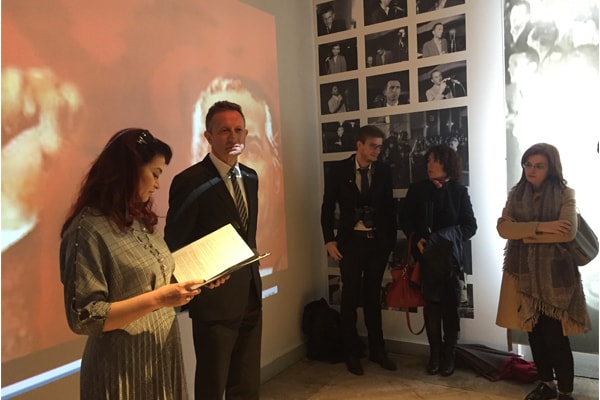 The other character, in the documentary, in contrast with the grandmother, was a man who had suffered in prison sentence for political reasons during communism. He says: I was convicted for listening Italian and German music. But this was totally a lie, because we did not have radio and I worked in the village where I didn’t have the chance to do that. These decisions were to create fear to others. They used me as a bad example and all the people who do the same will be convicted to prison and death. 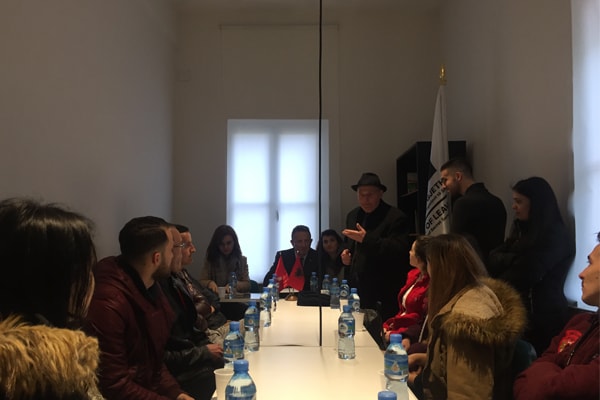 After students saw the documentary, they were invited for a free discussion with the museum's director and the Swiss Ambassador in Albania. Students had the opportunity to discuss with Mr. Uran Kostreci, a former political prisoner in the communist period, who had suffered 20 years in prison. Mr. Kostreci shared his story with young generation, telling them that they are the future and if they do not know the bitter past of their parents, how they’ll change the future of the country?

The students said that this meeting should be followed by many other meetings and major campaigns so that young generation can get to know the history of communism in Albania. "I'm finishing my studies on history and it is pity that in the literature that we have, the communist era was not written as it really was," one of the students said. "50 years under the communist regime is a long period of time, which has left a mark on the psychology of Albanians who lived and suffered in those years. Albania is facing the difficulties of dealing with the dark past and we should help making it possible for Albanian youth to hear the truths of that time, not the stories of nostalgic grandparents, "said Graf. After the end of the meeting, students had the opportunity to visit all the museum rooms to know more about the history of communism and the audio-visual facts of the people who suffered that period.