27 years from the fall of communist regime in Albania

20th of February 1991 is the date when the giant statue of the dictator Enver Hoxha was thrown by protesters in the heart of Skanderbeg Square in Tirana.

This moment was considered 'the day when the last communist regime in Europe collapsed'. The giant Statue of Enver Hoxha, was the most hated symbol of 40 years of repression in Albania. In fact the protests of students to overthrow the regime started earlier with similar actions. It is said that removing the communist statues started in Shkodra, where the statue of Stalin was pulled down.

What exactly happened that day?  The protesters took vehicles, tied the dictator with a cable and dragged him down in the roads. They took him dragging to the striking students close to KinoClub at Student City. The excitement of the protesters was indescribable. The students wanted to show even to fearful people that there is no turning back point. The Communist regime is just dead. They did not dragged only a bust, but demolished an entire ideology with this action.  After throwing the statue, the students wanted to remove the name from Tirana University as well as all other communist symbols in the country.  Albanian society wanted to demystify Hoxha reign forever. 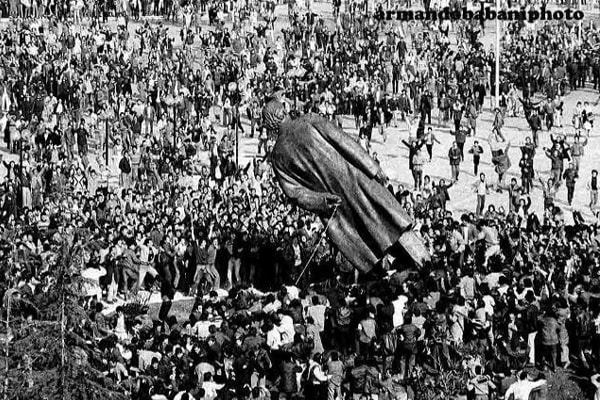 This process continued in other cities, like in Durres, when another statue of Enver Hoxha was pulled down. This revolt was the moment forcing the successor of Enver Hoxha, then President Ramiz Alia to announce that he would form a new Government. 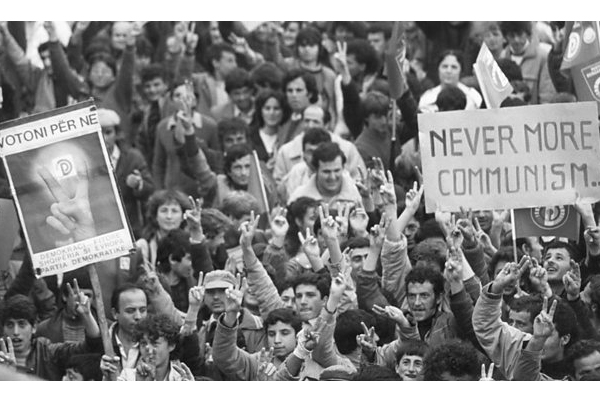 More changes followed in Albania, in the difficult road toward democracy, but the symbolic of the collapsing regime was exactly this moment, when the statue of Hoxha was toppled from the center of Tirana.

Today there is still a tense debate relating to communist time. There is no open and sincere public discussion, and not reconciliation. That is because the politics still have strong interference in these issues. Each political party is having different stance toward those turbulent times of history of Albanian people. There are some moves, two new museums opened, but the communist files are not public yet. The Albanian parliament passed a law in May 2015 on opening up the Communist-era secret police files, allowing people who were persecuted under the former system and their relatives to see their files and hopefully find out the names of the people who spied on them.

Although public expectations are high over the opening up of the secret files, some of them are likely to have vanished as more than 25 years have passed since the fall of communism in Albania. 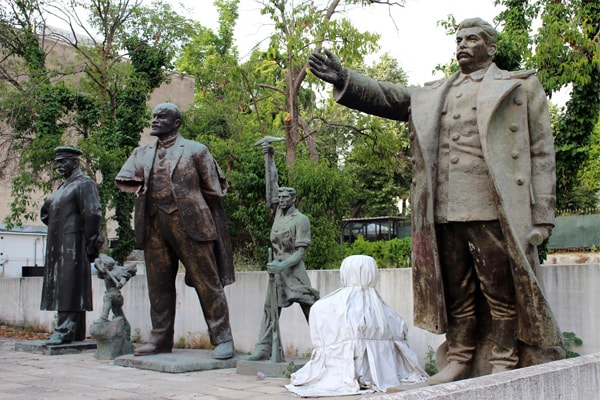