It is a pleasure when you meet people who love adventure in nature. One of them we’re lucky to meet is the 58-years old  Ladi Sulo, as we like to call “the grandma mountain climber”. She reminds us of the character of David Walliams book “Gangsta gradnma” having  a close relation to her grandson, very similar to Ladi and her grandson. Even though she became a grandmother very early, this couldn’t stop her climbing mountains with her grandson. But when was the moment when she first experienced mountain climbing, how she decide to take her little grandson on her adventures? That’s why we intivited for an interview at Visit Tirana office. 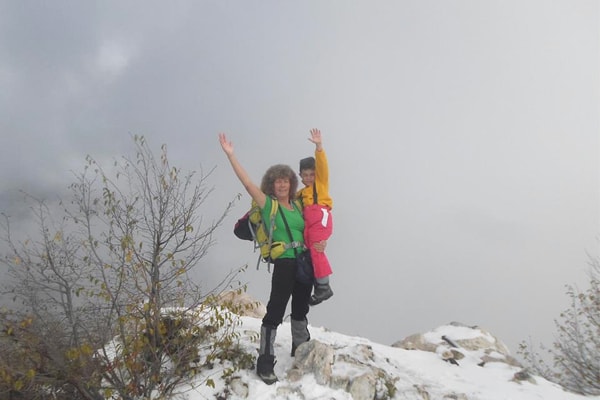 When we asked about her first trip in the mountains, she said “My first trip as mountain climber was on November 28th, 2012, on 100 anniversary of Albania’s Independence, we decide to go and climb on Qorre Peak in Llogara, Vlora, Albania”. From that moment she belivied that she discovered her new passion for climbing mountains and continue with dozens of hiking trailas n Albania and in the Balkan region. After she find out the immersive feeling on top of the mountain she wanted her grandson to feel the same way, and so when he was just two and half years old she took her on a trip to climb the Mountain Dajti, in about one hour hike from Cable Car to the peak of mountain located in Tirana. 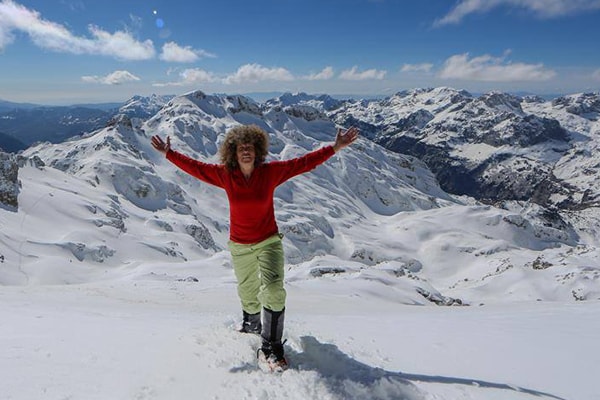 Mountain climbing is  often dangersous due to atmospheric conditions but also of wildlife, and in Ladi's experience there have been a lot of such risks. She tells us that they often camped with the group and the next day when they were awake they saw bear’s paw signs in the snow near their campsite tent. But this didn’t stoped away from continuing with other experiences. Only those who have climbed the tops and have been really overwhelmed know that feeling is inexhaustible and that is what motivates them to continue with the new adventures. The most magnificent mountain is Korab Mountain, but the most beautiful to climb is the Mountain of Nemerçkë, between Përmet and Gjirokastra, which ioffers a spectacular view. Likewise one of her favorites is Gjallica Mountain, which she calls the Alps Balcony. 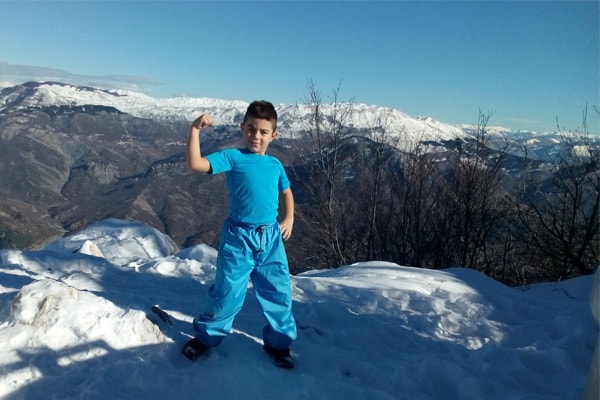 When asked if there was a moment when she wanted to give up, she responded: "I never wanted to give up, even though a few cases I risked my life. In December 2017 there was a moment in Gjallica Mountain that due to freezing  me and another member of the group we were at risk of slipping into the cliff and only that was the moment I thought that it was really the end” As she confessed her adventures, we could see her breavness and the love for nature and mountains. Her fit body is to be admired not only by her peers but also by young people. Though she smokes cigarettes, she says she enjoys full health, and all this thanks to  her activity of climbing the mountains each month. 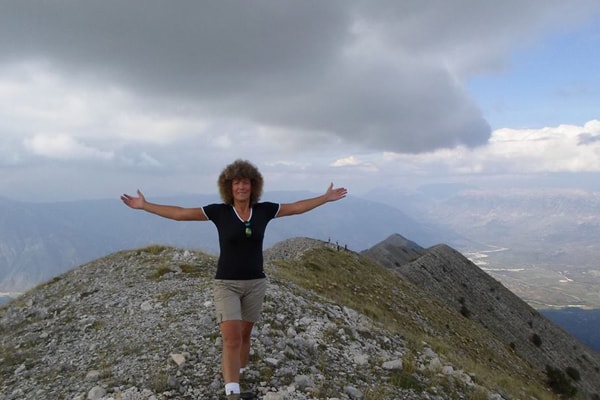 Ladi has a regular job in the government administration, and apart from everyday life and engagement in the family, she finds time to climb continuously. This passion is being transmitted to her grandson, who is becoming as enthusiastic as her. With humor, ladi says: Even when I'm trying to go somewhere, it's my grandson that reminds me: When are going to climb again? Very inspirational compared to most of the young generation, passionate about phones or after computer games. Ladi's story with her grandson is so rare and inspirational for all Albanians. She does not forget to say that Albania is blessed with extraordinary natural beauty. 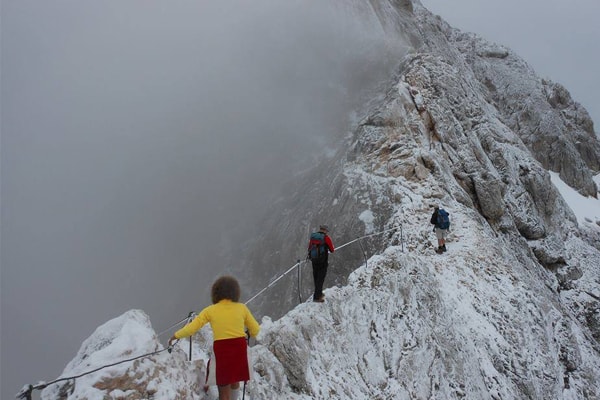