On occasion of 550th death anniversary of Albanian Hero, Gjergj Kastriot Skenderbeu. Many events were organized in Albania and in diaspora.. 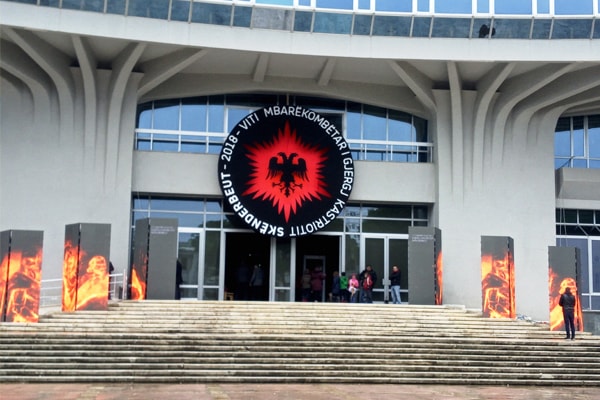 Only in Tirana there were held 3 activities. The first one started at National Historical Museum which is situated at Skanderbeg Square. An exhibition titled “Moti i madh”, presents facts, documents, gravures, portraits showing the life and fights of Gjergj Kastriot Skenderbeu in XV century against ottoman empire.  While you enter at the Museum, you hear all the time the ring of an old bell as a music. The bell is the main object of the exhibition, called the Bell of Karpen, which is placed in the center of the Hall, which date to 1465. Another important object is the map of Arberia, former Albanian state, before the Osman invasion. There are presented all the Albanian Principates, with their emblems and logos… All these autonomous principates were joint under the command of Skanderbeg to fight the ottomans. This exhibition will be open until 30th of January and the entrance is free. 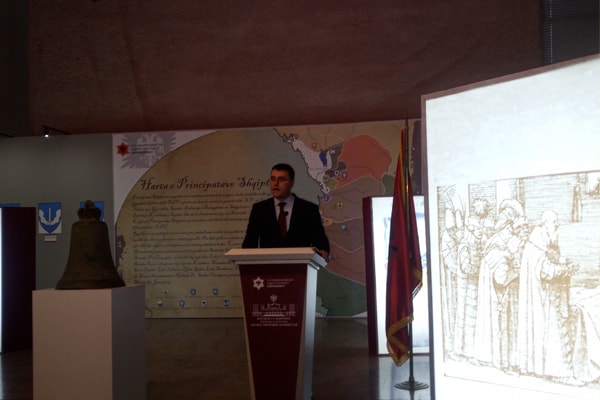 Another modern exhibition was open in midday at Palace of Congresses. It was inaugurated by Prime Minister Mr Rama and shows some artefacts and interesting pieces from the history of Skanderbeg. 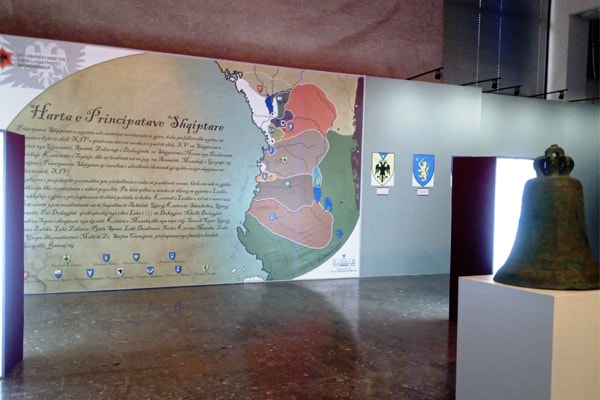 In the entrance of Palace of Congresses you see the logo of the “The year of Skanderbeg”.  Most of the objects inside this exhibitions belongs to very old articles published in XV-XVII century dedicated to Skanderbeg. Not only Albanian newspapers but the media from all the world wrote about the hero of Albanians that time.  These documents belong to different authors, which are presented in these exhibition only for this ocassion. There you can find also portraits and paints dedicated to Skanderbeg. The entrance to the exhibition of Palace of Congresses is free too. 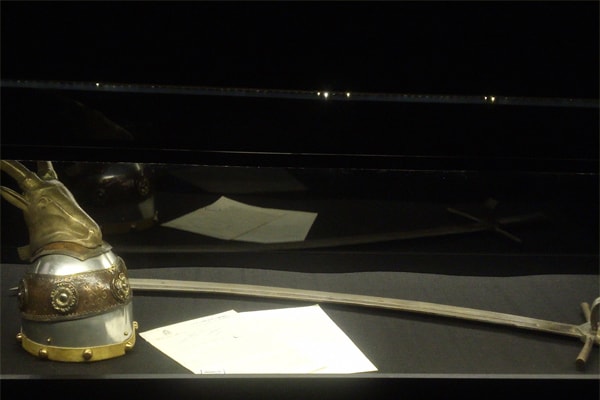 The third activity is held at the National Bank of Albania, where this institution decided to release a commemorative series of coins under the theme “550 years in memoriam Gjergj-Kastrioti Skenderbeu 1468-2018”. The special series consists of three different coins Lek 200 coin in gold metal, Lek 100 in silver metal, and Lek 50 nickel coins.