‘What country is this?' - asks Viola in William Shakespeare's play “Twelfth Night”. 'This is Illyria, lady,' replies her shipwrecked captain after their ship was sunken in the sea waters. This is how starts the famous comedy of William Shakespeare ‘Twelfth Night’ which is returned these days to ‘Illyria’, now Albania, at Metropoli Theater in Tirana. The play is staged by the American director Justin Anderson and artistic director Jonida Beqo. 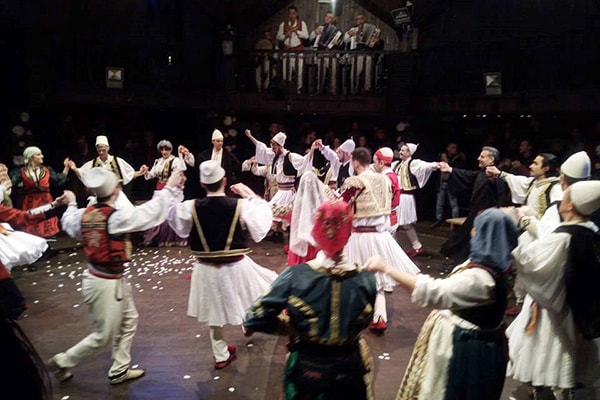 This time it was not just the comedy we all know, written 400 years ago by Shakespeare and translated in many world languages. Instead, you all will enjoy a fantastic spectacle, bringing light to the authentic elements of antic Illyria such as music and costumes. Names are adapted in Albanian language, but keeping sarcastic elements of characters created by Shakespeare. When you see the show, you have no doubt that everything is happening in the Albanian land during the time of Lord Byron, as the story is featuring Albanians and their traditional dances and songs.

Very interesting characters are Maliq, Tobi and Maro, which are representing the typical Albanians of that time. A great role was attributed to the Ensemble of Songs and Dance of Tirana which created a joyful atmosphere… 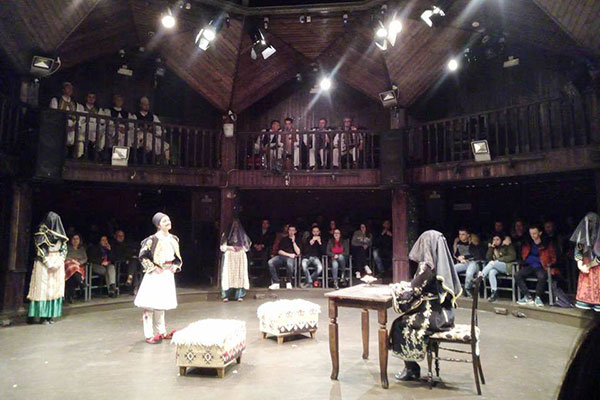 Viola (Armela Demaj) is shipwrecked on the coast of Illyria and she comes ashore with the help of a Captain. She has lost contact with her twin brother, Sebastian (Silvio Goskova), whom she believes to be drowned. With the aid of the Captain, she disguises herself as a young man under the name Çerçiz (Cesario), and enters the service of Duke Orsino (Florian Agalliu). Duke Orsino is in love with Olivia (Rozi Kostani), who is mourning the recent deaths of her father and brother. She refuses to see entertaining things, be in the company of men, or accept love or marriage proposals from anyone, the Duke included, until seven years have passed. Duke Orsino then uses Çerçiz as an intermediary to profess his passionate love before Olivia. Olivia, however, falls in love with Çerçiz, setting her at odds with her professed duty. In the meantime, Viola has fallen in love with the Duke Orsino, creating a love triangle between Duke Orsino, Olivia and Viola. While the other part of the show is full of humor. One of servants of Olivia, Maliqi (not Malvolio) played by Mehmet Xhelili, wants to marry Olivia and he is behaving rude with other servants of Olivia.  In revenge other caracters as Tobi Bej (Guri Koco) the uncle of Olivia, and the servants Maro (Elena Hyseni), Asllan (Erin Kujofska) and Loco (The clown of the house) played by Neritan Licaj, prepared a plan against Maliq. All these scenes are full with humour.

While Sebastian the brother of Viola is alive and he comes to Illyria. The secret is discovered, and at the end Orsino is married to Viola, and Olivia with Sebastian. 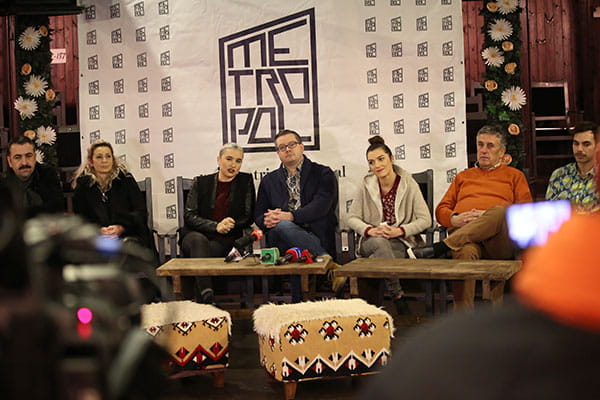 At the end you will enjoy a big Albanian wedding with our best music and dance. The atmosphere is fantastic and you will find yourself singing, dancing and laughing all the time.

For sure it will be the Show of the Year. The Show have its premiere on 6th December and will be every night until 17th of December. Than it will come back in January and February 2018. Every Albanian but also a tourist visiting Tirana this period, shouldn’t miss this fantastic comedy at Metropoli Theater.