It is very inspiring to see young generation in Albania to promote the traditional costumes and cultural heritage of our nation.

An interesting project called "Generation Meeting" was presented the last weekend at Skanderbeg Square through a festive event.  This project was realized by the "Tradita Popullore" Foundation and the Metropol Theater with the support of the Tirana Municipality and the Regional Development Agency (APR).

The work has started since June of this year and has been finalized on Friday, November 17, in Skanderbeg Square, Tirana. The event featured traditional dress of the ‘800 and new costumes with influence from old tradition. The new collections were designed by the students of high school and were presented by them in a fashion show, combined with a folk dance concert from Ensemble Tirana. 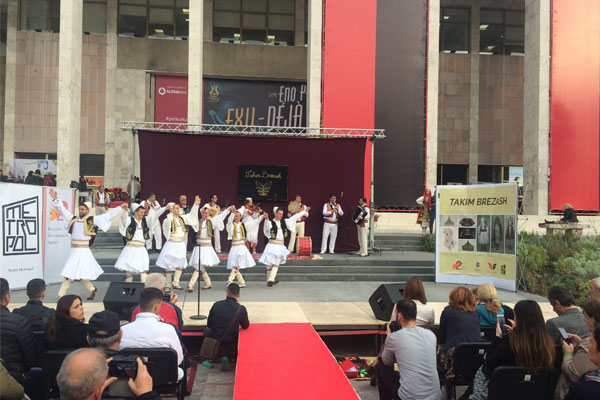 "The purpose of this project is to educate young people through the elements of cultural heritage and to promote the traditional clothing, dance and games of the province of Tirana, as a precious value of the Albanian cultural heritage", says Lorela Musta, Metropol Theater Coordinator.

About 11 works were selected out of 200 works of the students from 10 High Schools of Tirana. The selected designes were then realized in the atelier by local artisans. At the end three awards were given for the best dresses realized by high school students. These events serves to inspire other students to love and promote old tradition of costumes and other cultural values of our nation. 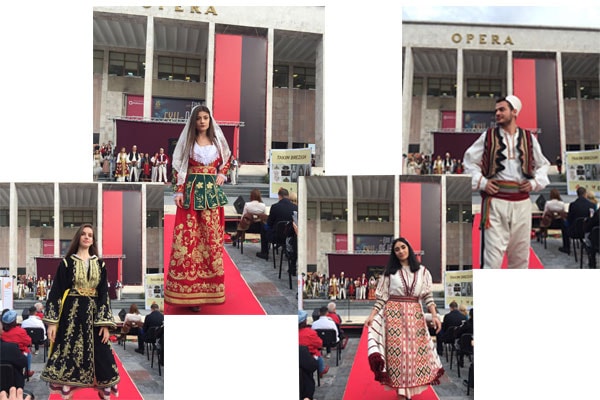