The Albanian National Popular Ensemble celebrated 60th anniversary through festive gala concert held on 11- 12th November in Tirana. The most known artists, part of this Ensemble History who is still alive, were invited in the stage to perform and to bring their memories. It was a fantastic show with the best folk music and Albanian dance during the latest decades. This ensemble is very important for its role in preserving the heritage of culture and tradition passed from one generation to another.

The institution was created in autumn of 1957, with all artistic components it has now. But  the origin of the Ensemble was earlier, in year 1950 with “Albanian Philharmonic orchestra” which gave the first shows with Folk Music and Dance in different open stages or squares of Albania. These performances included:  “Albanian Wedding 1947, “The peoples brotherhood” (1950)  “Peace flag” 1952 etc. The main artists playing in these first shows, where the core group who created the National Popular Ensemble. 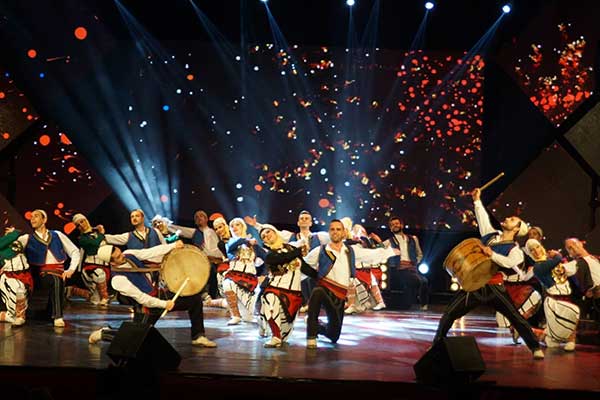 This institution is 60 years, but it doesn’t mean that the songs and tradition of Albanians are so young. They are created in centuries, and are transmitted to our generation by our predecessors.  Through songs and dance we also show the best traditions of local costumes in different parts of Albania. We continue to keep the same tradition, producing the original costumes models and presenting them not only in concerts in Albania but also overseas. 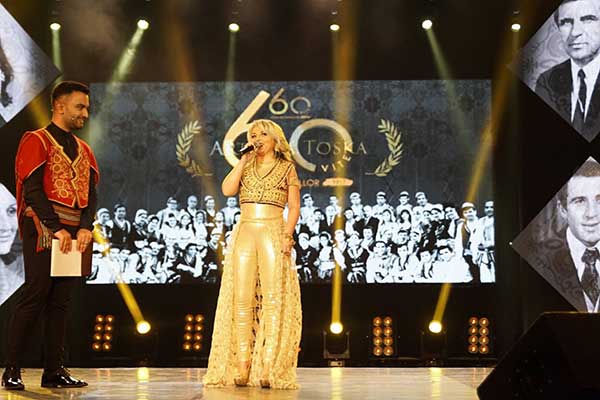 In the ending ceremony of this festive anniversary was present the  President of Albania, the Minister of Culture and many other high personalities. One of the old dancers Besim Zekthi was honored with the highest tittle Nation's Honor by the President of Republic. 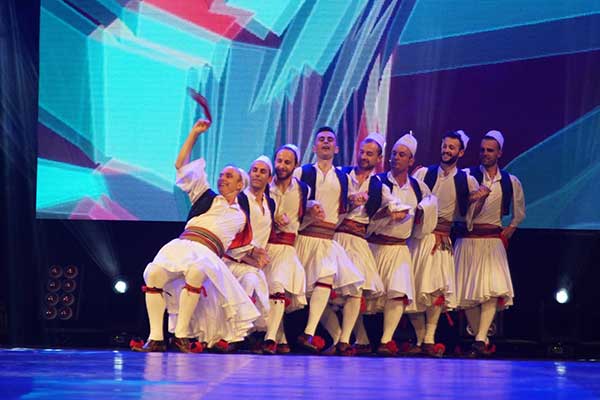