‘Mosaic of Kruja’ in Tirana

The history of Kruja, with the national hero Skanderbeg, the dances, songs and souvenirs, all the traditions of this city were presented for one day to Tirana capital. The event “Mosaic of Kruja” held today at New Bazaar of Tirana, which is now become now the hub of cultural activities from all over Albania. 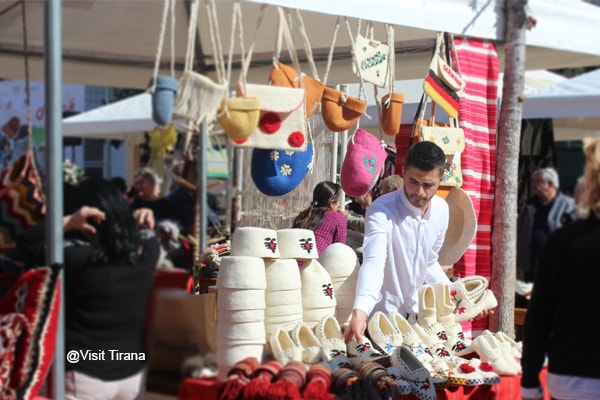 Albanian-American Development Foundation (AADAF) in collaboration with TID Kruja Assocation, Municipality of Kruja and the Agency of Regional Development 2, with support of Znj.  Eglantina Gjermeni and Z. Erion Veliaj, organized the event “Mosaic of Kruja”. The New Bazaar was so lively today with dances and songs, everyone who attended seemed to enjoy the show, and some of them started dancing on their own. The program started with the performance of “Old men’s of Kruja” and continued with traditional dances of Kruja. 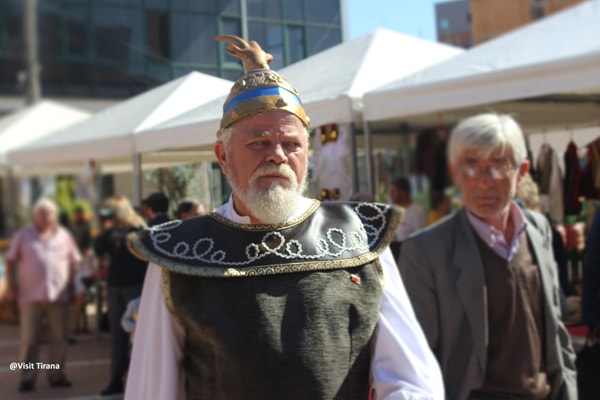 Many people may ask why Mosaic of Kruja is promoted in Tirana? Because, Kruja bears a tremendous history, dating from ancient times and has a rich culture heritage.  The city of Kruja was the centre of Albanian resistance against the Ottomans under our National Hero Scanderbeg. He kept the Ottoman armies from crossing into Western Europe for 25 years. Kruja couldn’t be complete without Skanderbeg, and today we saw a man dressed as our national hero. Many people were surprised and started taking photos, especially tourists. 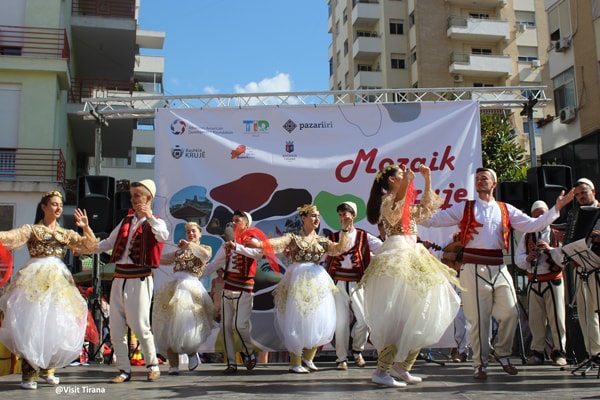 A special moment was also the preparation of “qeleshe” by artisans, a white wool hat which is part of traditional costumes of Albania.  Kruja is also known for its rich culinary and the ladies from Kruja cooked the famous dessert “Kabuni”, a dessert with rice and raisins. 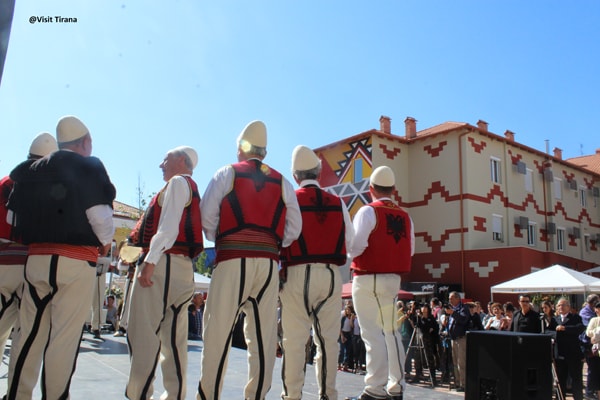 If you want to get to know Kruja, we recommend you this tour