Tourists in Tirana don’t know these places, but the city residents know them very well. But what's the origin or the story of these “famous” neighbourhoods? 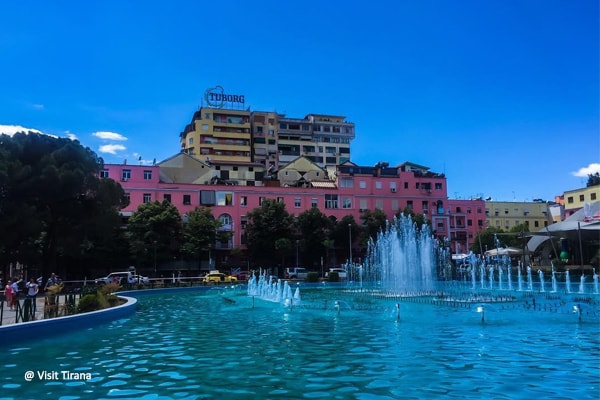 ‘Shallvare’ looks a strange name. It is not even in Albanian language.  We are speaking  for the area in front of Rinia Park, which is very populated with bar cafés, restaurants and shops. It starts from the first building in front of National Bank and continues up to the bridge of Lana River. 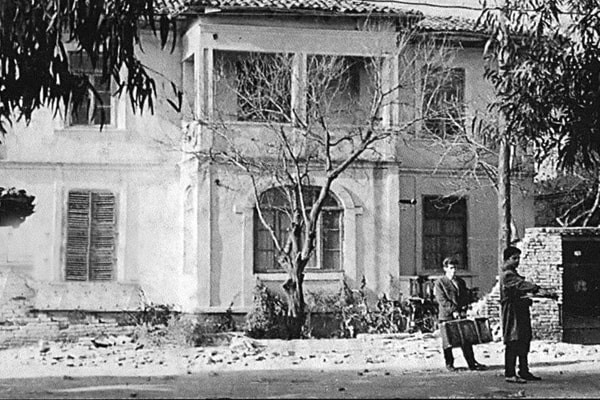 The name is related to a complex of apartments buildings, which have a typical soviet architecture style. They are five storeys buildings with small rooms and balconies.  The engineer Orhan Sakiqi spoke these days for Albanian Media, and explained that there are two theories of the origin of Shallvare: first one is related to a very rich man, called Miltiadh Shallvari who was the owner of a part of land here, and the second one is the version that the name comes from Turkey, which means “big pants” and used by the Turkish soldiers who played football in a the giant field around this place in old times. Near this field there were only some old two storey houses, where some well-known Tirana’s families were living, such as soprano Tefta Tashko, historian Osman Myderizi etc. Part of this complex was also the medical clinic of Dr Basho  which now is the museum ‘House of Leaves”, while one of the buildings was the first Publishing House  of Tirana called ‘Gutenberg’. The building of apartments started in 1951-1953. It was the same time when Rinia Park in front of this complex was planted with trees by the students of Agriculture Institute in one day work. The architect of all these buildings was Gani Strazimiri, specialized in Soviet Union. The style was totally adapted from Moscow,  as many architects  at that time used to study in Russia and tending to bring that model in Albania. 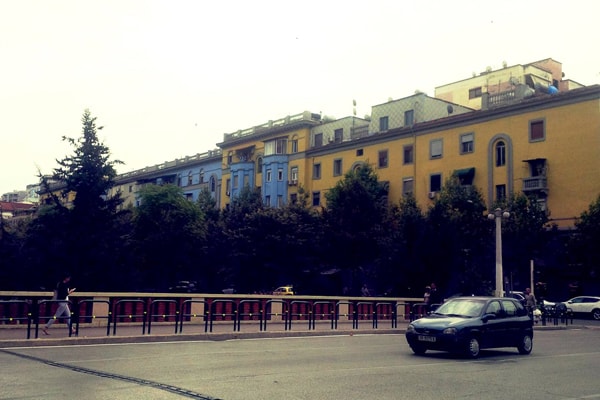 The work continued with Agimi Apartments, in other side of Lana River. They were called Agimi, because this means “Aurora” the sunrise or the start of a day. All these apartments have the same style and their construction was completed in record time between 1953-1955. Almost  500-600 political prisoners were used to do the work. 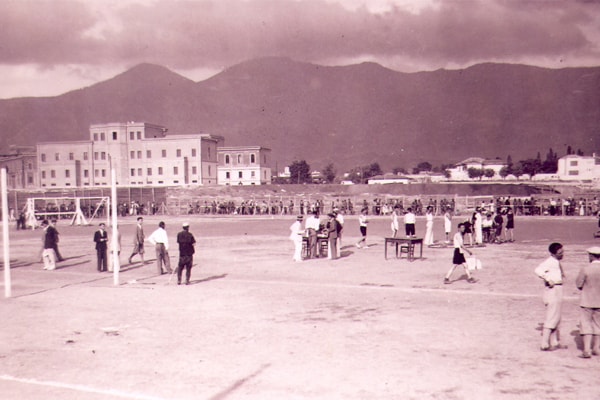 The architects completed the block with the same projects, continuing with the same buildings in  Zhan D’Ark boulevard, creating the U sign and finishing it with buildings in Myslym Shyri. The apartments in this famous street  finished in 1964. Also in the same decade there were constructed the buildings of  “4 Shkurti” Street which now is known as Ibrahim Rugova street or the most popular Blloku Area. With the same model the buildings continued till 21 Dhjetori and Kavaja Streets. All these buildings, are typical of communist style and considered by most very ugly. Former Mayor of Tirana, now the Prime Minister of Albania,  Mr Edi Rama and the current mayor Erion Veliaj, are painting these buildings with bright colours and shapes, just to make more attractive these neighbourhoods located in the heart of Tirana.