She is a street painter for many years, and still loves what she is doing. You see her in a corner at Rinia Park, in front of Tajvani complex, with a white paper and a black pencil in her hand. People are passing by and she smiles to all of them. The smile is her polite invitation for people to sit for a portrait. 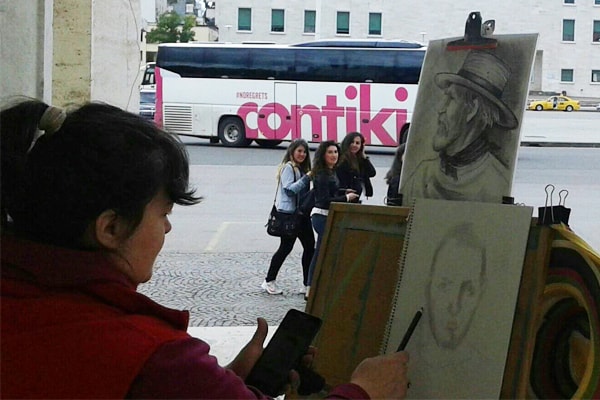 Her real name is Jeta Kafa, but her art name is Vita. She is a woman in middle age, a master of portraits, who lives between Greece and Albania doing the same job: drawing portraits of people in pedestrian streets or touristic squares. 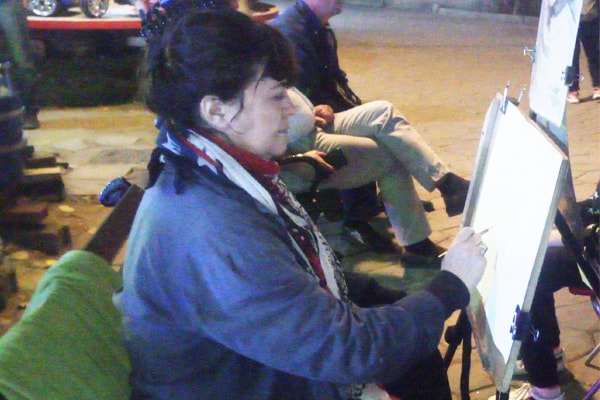 During the summer season she worked in Durres for many days, working especially in the evenings when the pedestrian streets in the seaside city were full of tourists. She was happy there because she was very busy all time. Sometimes people were in queue to have a portrait by her. 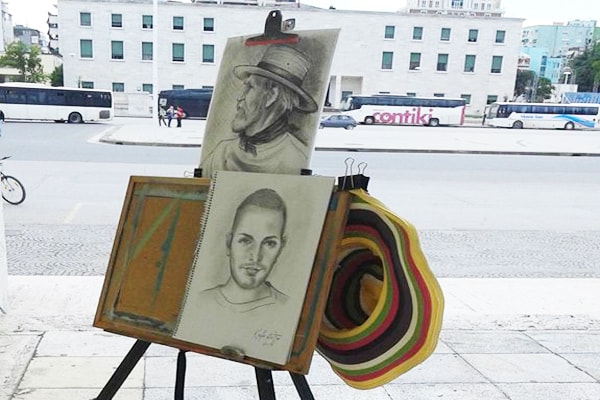 We stopped yesterday at her place at Taiwan fountain, while she was drawing a beautiful portrait of a girl. Her right hand moves very fast in the paper while her eyes tried to capture time after time the portrait of the girl. That’s it. For 10-15 minutes, you can see yourself in the white paper. We asked her for how many years she has been doing this job. She was so happy to reply about it and says: “I’ve been doing this job for many years. I’ve studied arts in high school and my father is also a painter. "And now I live between Thessaloniki, where my daughter lives, and in Tirana". She has a studio in the city, and works not only in streets, but also in her studio. Now she is popular for portraits and people just send her a photo and she sends back to them the portrait they want. She was a young woman when she left Albania for a better life in Greece. It was Thessaloniki the place where she started this work, drawing among other painters in the streets, and become the most popular painter of portraits for passers. She also worked in the main touristic place of Rome, the Coloseum. 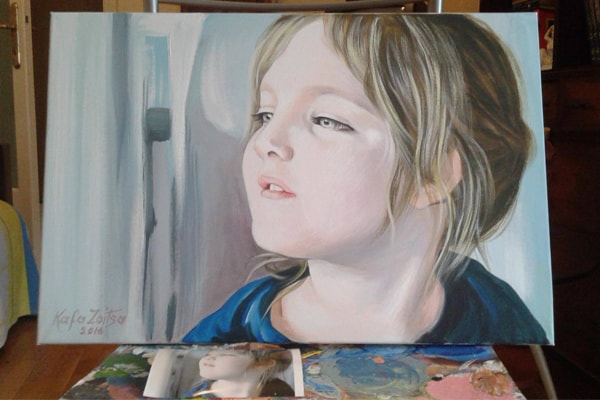