The artistic season has started in Tirana, Albania. The National Theater opened the season with a dramatic play last week, and this week is playing a mysterious dark comedy by Robert Thomas. The director, Driada Dervishi says that after reading the play, she immediately wanted to put on a show, where she selected 8 talented Albanian actresses, some of them very renowned for the Albanian public. The comedy is mixed with musical parts, 8 women sing expressing their role character. 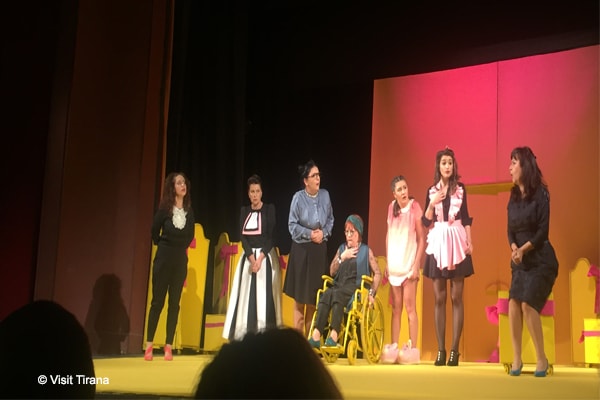 The story of the play:

At an isolated big house in a snowy countryside, a family is gathered for the holiday season. But there will be no celebration -- their beloved patriarch has been murdered! The killer can only be one of the eight women closest to the man of the house. Comedic situations arise with the revelations of dark family secrets. Eight women. Each is a suspect. One of them is guilty. Which one is it? Revolving around an eccentric family of women and their employees, the play follows eight women as they gather to celebrate Christmas in an isolated, snowbound cottage only to find Marcel, the family patriarch, dead with a knife in his back. Trapped in the house, every woman becomes a suspect, each having her own motive and secret. 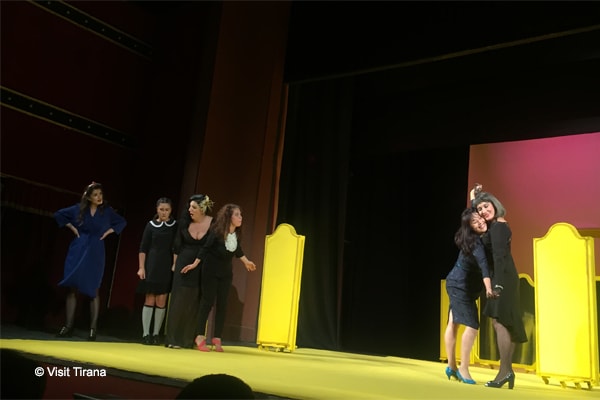 Yllka Mujo was on her role as Gabi, the victim’s wife. Zamira Kita on the role of Grandmother fits her perfectly. Raimonda Bulku interpreted the role of “Chanel” the housemaid. Olta Daku was the funny character of the play, as Augustina, the sister of Gabi. Merita Çoçoli as Pierrete the sister of Marcel. Ilda Pepi on the role as the chambermaid's previous mistress. Klodjana Keco is the daughter of Gabi and the teenager sister was  Paola Kodra, which happened to be the person who made up this bad joke about her dead father.