Jazz music and swing dancing in the train. A fantastic event named ‘Andrra n’tren (Dreams in Train) was organized on 30 April by Hemingway Fan Club Albania on #InternationalJazzDay.  A group of young people fans of jazz music gathered at Vora train station in Tirana and took the train and travelled to Shkodra. The trains in fact are very old and not used in Albania, but they can become attractions as a relics of still communist time. Nevertheless, traveling by train, if properly invested, is a much nicer experience than with any other mean of transport. 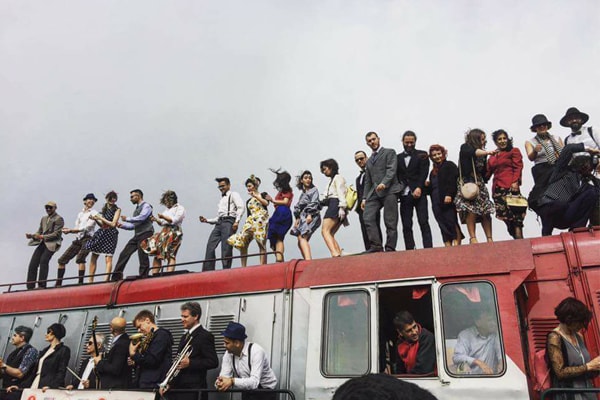 This event was to recall not only jazz and fashion but also the experiences of travelling by train in Albania. Traveling by train was once the most joyful experience, both for family and friends. In summer, people of Tirana used to take the train to go to the beach in Durres. Small cabin were full of young and old playing cards, singing and laughing loud. 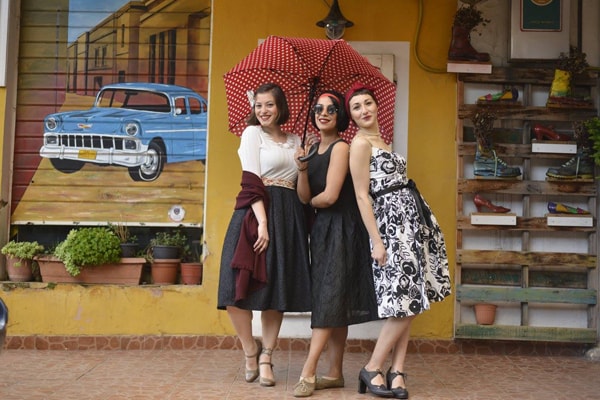 The event and trip was a very creative idea this time echoed the glamour and the spirit of the years 40-50, in all senses. Young women were dressing those very classy elegant dresses with polka dots and nice hat and they were singing and dancing the rhythm of jazz music. 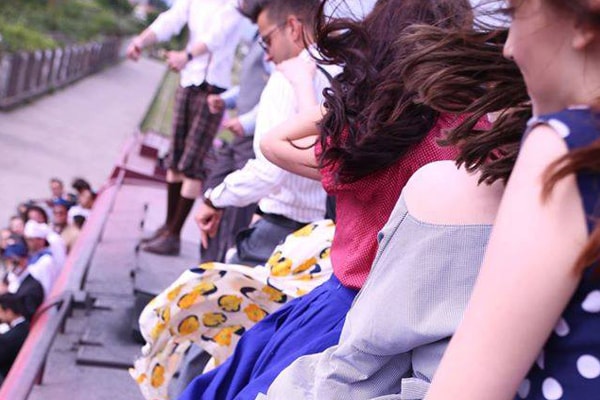 This was the second year in row for organizing such event, and this time, more people join, including foreigners or tourists who found these idea very thrilling and fantastic to spend the weekend. 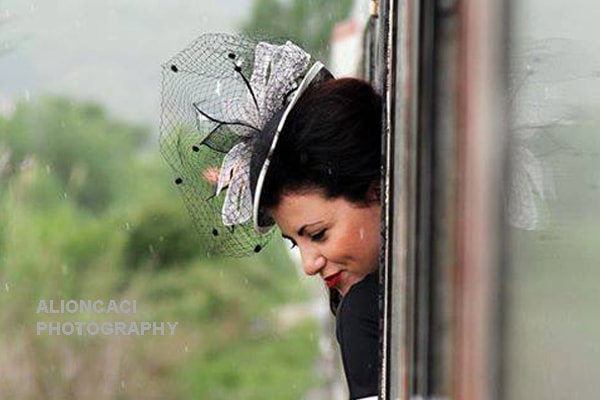 The train trip was the most amazing part of this event. In fact the celebrations for International Jazz Day started in Tirana with some events playing jazz music in some Night Bars in Tirana, and culminating in Shkodra, in the square in front of “Grand Café” where people danced with the most popular jazz music. Citizens  of Shkodra, Tirana and other cities joined this fantastic atmosphere.  The celebrations continued at Migjeni Theater, with music, dance and jazz concert.

Yes, Albanians know how to enjoy life and make great party out of any theme.